Did Princess Diana really die in a car crash? Or was there a bigger conspiracy behind it? According to Anonymous, a hacktivist group, Princess Diana was, in fact, murdered by her own Royal Family. The group revealed some facts which over overlooked in the past during the investigation.

The group, which was idle for 3 years, made a sudden comeback and shook the entire world by its heart-wrenching revelations. It revived to mourn the murder of an unarmed Africa-American person, George Floyd, who was allegedly murdered by a Minneapolis Police Officer Derek Chauvin, fired from the MPD with 3rd-degree murder.

The hacktivists group posted a video on its Facebook Page, demanding every police officer stay within their limits otherwise the country will suffer serious damage. The video went viral, recorded over 2 Million + views in just 2 hours, and is still being watched and shared by the netizens.

In the video, Anonymous said, “the murder of George is not even the tip of the iceberg”. And that they have access to more gruesome violence acts by officers and government officials, especially mentioning the MPD.

After dropping the video, Anonymous revealed some dark facts about US President Donald Trump, accusing him of sexually assaulting, abusing, and even child trafficking. The documents published by Anonymous were true and they broke the entire world. Another big revelation followed that Princess Diana was killed by the Royal Family itself.

In the course of the event, the organization stated that the English Prince and the Royal Family killed Princess Diana. Her in-laws ordered the kill because she, somehow, knew about their ongoing child trafficking operation.

Around the time of her death, Diana was visiting hospitals and care homes Jimmy Savile was preying on at all hours of the night, consoled Elm Guest House victims, and recorded palace rape victim testimony.

Princess Diana was pronounced dead after she met with a road accident on August 31st, 1997. She divorced Prince Charles in 1996. And as Anonymous puts it, Diana knew about her in-laws’ human trafficking business and wanted to expose them. Somehow, she met with a fatal car accident and killed herself.

An article was published by TheGuardian in 2002, 5 years after the death of Princess Diana, who quoted that she was indeed in possession of an alleged tape of a rape being conducted within the royal premises. Diana kept it in a safe box in Kensington Palace. She only spoke with her sister about the tape. And when Diana’s sister, Lady Sarah McCorquodale, tried to get her hands on it, it was missing with some other crucial pieces of evidence from the safe.

In terms of the hacking group, the tape was last seen in Paul Burrell’s (her former butler) hands which contained evidence of an alleged rape within the royal house and the police were not informed at any given point of time.

Adding to this, it mentioned, “It emerged yesterday that the 30-minute tape, which has now disappeared, details claim by a royal servant who says he was raped twice by a man who works closely to Prince Charles”.

The group mentioned a similar incident took place in Egypt at another royal house.

“The alleged victim, who was being paid less than 10,000 Euro, is understood to have left the royal household with a 30,000 Euro payoff.” Anonymous added.

You can read more from below. Don’t forget to share what are your thoughts on the Anonymous Princess Diana Murder

Due to the fact that the media simply didn’t believe Diana had died because of a drunk driver and the mix up of anti-depressants he was using at that time. Conspiracy theorists say that Diana’s death was ruled out months ago before she actually died and that her murder was part of a bigger plan.

A Possible Theory Could be:-

The father, Mohammad al-Fayed, of her then-current lover Dodi Al Fayed filed a case that the killing was planned by The Duke of Edinburgh via MI6/SIS troops in an attempt to kill his grandson who would eventually rule the Royal Family. However, Muslim half-siblings are not allowed to heir the prestigious English Crown, so they were killed.

My Husband Is Planning An Accident

The handwritten note was described to Paul Burrell just 10 months before her death. She wrote, “my inability to work sufficiently would make my husband marry someone else.” The letter was revealed to the public until Paul himself mentioned it in his book A Royal Duty. 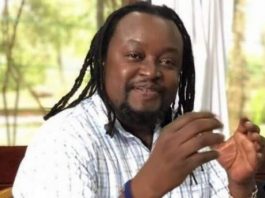 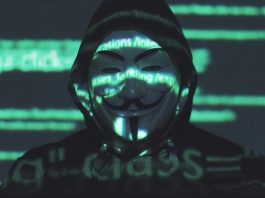 Anonymous says ‘TikTok is an app created as Spyware by the... 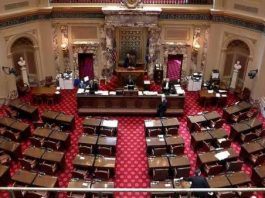