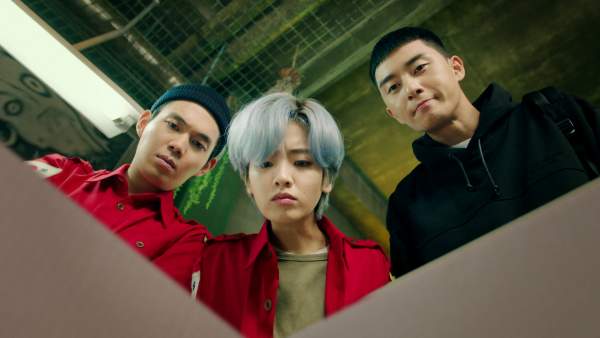 “Itaewon Class” is a South Korean, Kim Sung-Yoon directed TV series available on the TV & Netflix during January and February 2020. Due to an excellent story full of twists, romance, and positivity, the series gained a good response from the viewers who are demanding for a comeback of the series.

Considering the demand from the viewers, the creators should consider working on a new season for sure. “Itaewon Class” is a series based on a webtoon presented by “Showbox”, which generally deals with the movies, on JTBC.

The story revolved around the life of the main character Park whose dad died in a car accident due to rash driving of the opposite driver. Later, Park was sentenced to jail for attacking Jang’s son who killed his dad.

He came back after completing his punishment and started the business of “Bar and Restaurant” named “DanBam”, similar to his dad. After successfully running the business in Itaewon, he dreamed of making his bars and restaurants as a franchise and run it in the whole country.

He also takes it as a revenge from Jang, who sent him jail for attacking his son. Later, Kim the manager of the DanBam arrived who had a crush on Park, who was quite good at her managing skills and was an intelligent fellow.

Park, along with the help of his fellow members of DanBam, started struggling and competing with Jang. Later with their hard work, they were successful in fulfilling their dream of making DanBam a big franchise.

Later, there was a twist with Soo-ah as the manager in Jang’s company and ex of Park from his school. She was puzzled between her work and her relationship with Park. Somehow, he managed to succeed with so many difficulties.

In the upcoming installment, some more difficulties may be there in the life of Park either from the past or some future competence of DanBam.

Itaewon Class season 2 release date: Is it renewed or canceled?

The previous season was telecasted on the JTBC channel in Korea in between January and February of this very year 2020. Later it was aired on Netflix in order to make it available to different nations like America, where it gained a lot of popularity among the youngsters.

The new season has not been officially announced yet due to the current conditions of COVID-19, it is not possible to get a new season this year. But if there is an extension to the series it may be available somewhere in 2022. It may also be possible that the series can be further delayed or maybe some early if the conditions come back to normal soon.

(Also check: Love Is Blind Season 2 Release Date, Casting, Auditions, Couples and Everything Else To Know.)

Itaewon Class season 2 cast: Who will be starring?

In the previous season, a lot of faces were seen depending on the story and its requirements. Some main characters of the series include Park Seo-Joon as Park Sae-ro-yi, Kim Da-mi as Jo Yi-Seo, Yoo Jae-Myung as Jang Dae-hee, Kwon Nara as Oh Soo-ah, Kim Dong-hee as Jang Geun-soo, Ryu Kyung-soo as Choi Seung-Kwon, etc.

Also, there were some more cast members including the members of DanBam and Jang’s club. If there will be a new outing, these characters should be there to ensure connectivity between the two seasons. Till now, there is no official news regarding the second season, once it will be provided will be updated here.

Itaewon Class season 2 plot: What could happen next?

In the previous season, the plot revolved around the life of Park, its main character, whose aim was to fulfill his father’s dream and compete with Jang’s company. Since there is no news or announcement of any extension to the series the plot of the new season is unpredictable.

If there will more episodes, the plot may again be revolving around some other phases of Park’s life. Like as from the time when he was in jail, or maybe the story resumes from somewhere from the life of his dad too. The story may be about expanding their business from one country to worldwide.