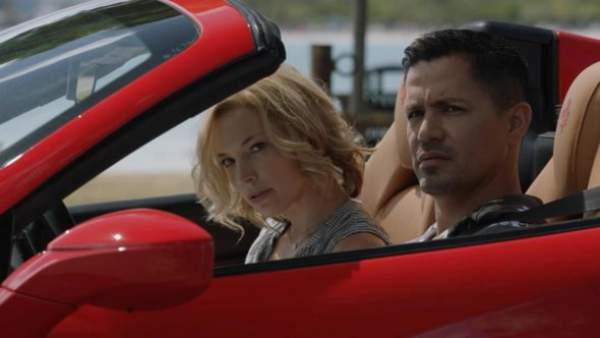 The famous American crime action-drama series “Magnum P.I.” presented its latest season in April 2020 which left suspense regarding Higgins’ stay in Hawaii. There have been a lot of mysteries to be solved in the series that make a way to a new installment.

The series was started in September 2018 every Monday on CBS. The second outing gained an increase of nearly 10% in its viewership also leads to re-occur of the series. In the previous two seasons, Magnum along with his fellow team members Higgins, T.C. and, Rick solved a number of mysteries as personal investigators.

It has been crafted out of the 1980’s show having same name. They used to work under Robin Master who was an unknown person with his voice in the series only. There came a lot of difficulties while solving some of the mysteries which they faced together.

Sometimes, they had some cases which they find were not worth solving or they got trapped by some other criminals to which they responded positively and came out of the illusions.

Many cases came with multiple twists that they had to solve with a lot of intelligence. Higgins was the partner of Magnum in solving the cases and T.C. and Rick were the ones who helped them in various cases as they were friends of Magnum from the Navy Seal.

Higgins used to provide emotional hospitality to the ones who need to be treated politely. This makes her an important part of the team. In the second season, there was a cop “Katsumoto” as a partner of their team who once came with a case to be solved by Magnum.

When Higgins faced the difficulty of her stay in Hawaii came up with an idea of marrying Magnum in order to get the green card. But later she decided to find some other way to extend her stay instead of marrying anyone.

In the finale season 2, they were trying to get some other way to extend her stay which provides the hope to a new outing.

The action drama was reconnected to its old series of the same name that was available in the 1980s. The series was first aired in September 2018, later season 2 premiered after one year in 2019.

The second installment was available in two parts; first released in September 2019 and the second one in April 2020. Now due to the current conditions created by COVID-19, it is difficult to say about the release date.

Since there is no announcement from the creators, we can hope for a new season in the next year 2021. A further delay is also possible if the conditions don’t come back to normal. (Also check: Itaewon Class season 2 release date: Is it renewed or canceled?)

Magnum P.I. Season 3 Cast: Who will be starring?

The main cast of the show has been the same for the two seasons to maintain the connectivity between them. These characters may appear in the next outings including Jay Hernandez as Thomas Magnum, Perdita Weeks as Juliet Higgins, Zachary Knighton as Rick, Stephen Hill as Theodore Calvin or T.C., Amy Hill as Kumu, Tim Tang as Katsumoto, etc.

The cast may contain some new faces as there is a mystery with every case they solve and meet some new characters. So, the cast will contain several other faces depending on the story of the new season along with the main characters of the team.

Magnum P.I. Season 3 Plot: What could happen next?

In the previous two seasons of the story comprised of different mysteries to be solved by Magnum and his team that includes Higgins, TC, and Rick. If there will be a new outing to the series, it will also contain some new mystery with different challenges to Magnum and the team.

Also, there was an issue regarding the stay of Higgins in Hawaii due to the expiration of her visa. It is still not resolved due to Higgins’s refusal for marrying anyone to get the green card with which she can stay there and follow her work with Magnum. Something interesting may come with Higgins and her stay if they take help from Robin master.