Home Entertainment Oresuki Season 2 Release Date, Cast, Plot and Everything Else So Far:...

Since Oresuki has concluded its first installment, fans have been anticipating season two. We have gathered all the information for you.

Oresuki is yet another addition to the ever-growing harem genre. At first, it looked like yet another show from the genre, but as it kept on progressing, it became quite evident that it was unique. It is produced by Connect Studio and is adapted from a light novel series written by Rakuda and illustrated by Buriki. Let’s get into the details of season two.

The first installment of Oresuki concluded in December 2019. Since then, there has been no announcement on whether there will be a installment two for the show or not. Usually, the next season of the series depends on the success of the previous installment.

Luckily, Oresuki did well amongst the audience, and it seemed that the next installment could be reasonable. Although nobody has mentioned anything so far, we are hoping that the next season of the series would come out in 2021 at the earliest.

Stay tuned, and we shall update you as soon as a new piece of information arrives.

What is the plot of Oresuki season 2?

Oresuki, like any other harem show, is quite similar, but some elements make it different from the other shows available.

The show revolves around a boy named Amatsuru Jouru Kisaragi, who gets surrounded by numerous female characters which in result becomes his most significant dilemma.

Although he is like any other guy who wants to have a girlfriend, things take a turn when the two girls that he adores have a crush on his best friend Taiyo’ Sun-chan” Oga. He makes a plan and decides to help them get his friend’s attention.

He intends to make one of them fall in love with his friend and keep the other girl for him. But things take a huge turn when Sumireko ‘Pansy’ Sanshokuin confesses her love to Jouru, who also happens to be the one Sun-chan is in love with.

Things get more complicated, and the show brings unexpected twists and turns. It makes it different than any of the harem show we have seen so far.

Who is the cast of Oresuki season 2?

Is there a season 2 trailer of Oresuki?

Since the show has not yet been renewed the trailer for the second installment has not been released. If it gets renewed anytime soon, we may get to see the trailer by 2021 at the quickest. Until then, you can check the trailer for season one below.

Check: Inside The World’s Toughest Prisons Season 5 Release Date, Plot, Host, Episodes and Everything Else So Far

Where to watch/stream the Oresuki anime series? English Dub Episodes

The show is available to stream on Crunchyroll, FunimationNow, and HIDIVE.
It currently consists of one season and twelve episodes.

Read: Sing On! Germany Season 2 Release Date, Host, Contestants and Everything Else So Far 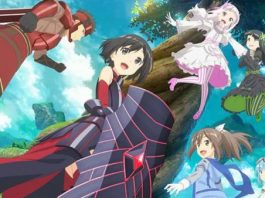 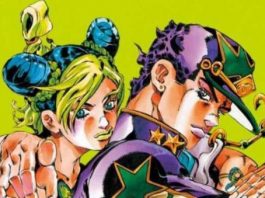 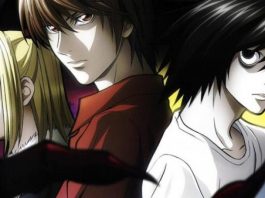