Greg Daniels, who has created various shows like The Office US and Space Force, came with Upload in May 2020. It was loved by many because of its wittiness, fun, unique and heartfelt plot. Since season one concluded, fans have been intrigued to know more about its second season. Fortunately, we have got all of the information for you, and without wasting any time, let’s jump right into it.

In May 2020, the show was given a heads up for the second season. Greg confirmed the news in an interview where he stated that he is thrilled for the next season and continues his relationship with Amazon Studios and his cast. He is also looking forward to seeing what is in store for Nora, Ingrid, and Nathan.

Jennifer Salke, who is the head of Amazon Studios, also shared a few things about the next season, stating that it will be smart, cinematic, and comedy crackling with intrigue. She said that fans want to see the next chapter. Hence the second season has been given heads up.

However, so far, apart from the renewal, there has been no news on the show’s release date. The show’s filming has not yet begun, so it is hard to predict when it will come out. However, we are hoping to see it in 2021. Make sure to stay tuned with us. We will update you all as soon as new information arrives.

Who is in Upload season 2 cast?

We hope to see most of the main cast reprise their roles in season two, like Robbie Amell as Nathan Brown, Andy Allo as Nora Antony, Allegra Edwards as Ingrid Kannerman, and Barclay Hope as Oliver.

Along with them, we may also see Zainab Johnson, as Aleesha and Kevin Bigley as Luke, Jordan Johnson-Hinds as Jamie, Chris Williams as Dave, Andrea Rosen as Lucy, Jessica Tuck as Viv, William B Davis as David Choak, Chloe Coleman as Nevaeh, and Rhys Slack as Dylan.

We are not sure if Elizabeth Bowen, who was seen as Fran Booth, will come back to the show next season. Guess only time will tell.

What will happen in Upload season 2? Plot

So far, an official synopsis of the show has not been released. But we are guessing that the show will pick up from where it left off in the first season. Some questions need to be answered.

We are hoping to finally find out who killed Nathan if it was a murder. We also want to find more answers like how things will be once Nathan, Nora, and Ingrid come face to face. Another thing that may be explored is how did Ingrid upload to Lakeview.

In an interview, Daniel stated that when he had initially pitched it, he had it broken into two seasons. He does see it going above two seasons, but as of now, they are only focusing on the second season.

With this, it does seem like they do have an idea of what will happen next. We will have to wait for the official synopsis to find out more.

In Comic-Con@Home 2020 panel, when asked about the second season, Daniel said that they are still writing and refrain from making any comment yet because things may change. However, he said that they are planning on introducing new tech. If this happens, we sure will be experiencing more fun and drama in season two. Let us know what you think will happen in season two?

Is there a season 2 trailer for Upload?

Since the filming of the series has not yet begun, we do not have a trailer out. We may get to see some glimpses once the filming starts. Until then, you can check the trailer for season one below.

Also Read: The End of the F***ing World Season 3 Release Date, Cast, Trailer, Plot and Everything Else To Know

How many episodes are there in Upload season 2?

Nothing has been officially announced yet, but we are hoping to see at least ten episodes in season two. The runtime will probably be the same i.e., around 30 minutes. The show is available to stream on Amazon Prime Video. 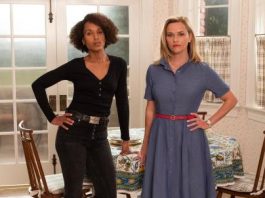 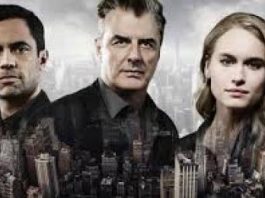 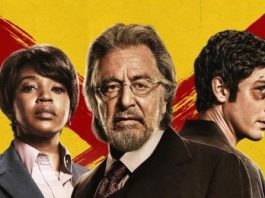