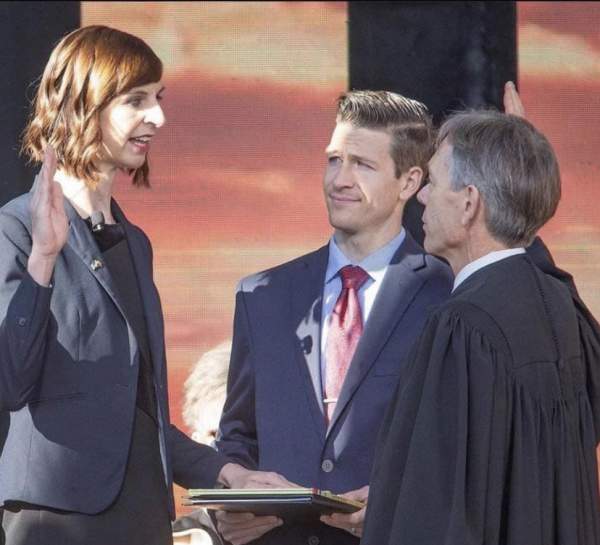 In the tweet, the first paragraph is true as when she began her journey in the office, and she took an oath of a book titled Too Many Moose. She revealed that reason that she has a personal connection with the book, according to a report by thehill.com.

As per the constitution, religious tests for the elected offices are not acceptable. The tradition of taking the oath of Bibles is no more mandatory, and no book is needed for an oath.

Coming to the book Too Many Moose, this book is not by Dr Seuss as the tweet claims. Hoffman is a former teacher, loves what her students love. She said this book “has lot of sentimental value to me because this is my students’ favorite book.” Hoffman never said publically that she hates the Bible.

In 2019, Kathy Hoffman brought some changes to sex education law from State Martin Quezada to the state’s board of education. The primary thing she proposed to change was the vanishing of the requirement for classes that “shall not include the teaching of abnormal, deviate, or unusual sexual acts and practices”.

She suggested to replace it with the compulsion for courses to “be medically and scientifically accurate.” She also suggested teaching students to get proper learning about sexually transmitted diseases and how to prevent them. But the Arizona Board of Education rejected the proposal.

However, even if Hoffman wanted the inclusion of these topics for early age students, then she won’t be able to do that as the sex-ed curriculums are totally in the hands of school boards locally.