Mariah Carey Net Worth: She is an American singer, songwriter, record producer, actress, entrepreneur, and philanthropist with a net worth of over 300 million. Born in New York, Carey is widely known for her five-octave vocal range, melismatic singing style, and signature use of the whistle register.

Moreover, the Guinness World Records titled her as the Songbird Supreme. After partnering with Columbia Records in 1990, she came into limelight. She released an eponymous debut album. This album of hers was successful in topping the US Billboard 200. It stood there for a record eleven weeks in a row.

With it, the infamous diva also became the only artist ever whose first five singles made to the top on the US Billboard Hot 100 chart, from Vision of Love to Emotions. She has kept her influence among pop singers for over 30 years. The record for best selling music artists is hers with 66.5 million certified albums. 19 songs of hers have topped the Billboard Hot 100, and has sold over 200 million records worldwide. She has also been awarded 5 Grammys and 10 American Music Awards.

Born on 27th March 1970, in Huntington, New York, USA, Carey is of African American, Afro-Venezuelan, and Irish descent. ‘Carey’ was adopted as the nickname by her paternal grandfather when he moved to NYC. He changed ‘Nunez’ to ‘Carey’. Mariah seemed to have gained the musical abilities from her mother as she was a one-time Opera singer and vocal coach.

Mariah’s parents separated when she was merely a 3-years-old kid. In school, she was always keen to learn arts and music. With inspiration from such a young age, she started writing poems and songs. That time, she was at Harborfields High School in Greenlawn, New York.

In the school, Mariah became friends with Gavin Christopher & Ben Margulies and soon started composing full songs with lyrics and music. In 1987, she graduated high school. After that, the trio started to create a full-length demo. Eventually, they succeeded with the demo as it made its way to pop singer Brenda K. Starr.

Brenda continued to bring Mariah to various industry galas. Eventually, the head of Columbia Records, Tommy Mottola happened to receive the demo tape. While listening to the tap, he became a fan of Mariah’s voice. He got convinced that she will become a star one day.

Tommy tracked her down and instantly signed Mariah to a record deal. He considered her as the answer to Arista Records’ Whitney Houston. Her first studio album got her awarded the Best New Artist and Best Female Pop Vocal Performance for the album’s single song ‘Vision of Love’.

In 1991, the second album of Carey was released and sold over 8 million copied worldwide. With her third album titled Music Box, Mariah touched a new commercial height as it was sold for over 28 million copies globally. It also topped the Billboard 200 chart. Her super-hit singles and record-breaking albums include Merry Christmas (1994), Daydream (1995), the Emancipation of Mimi (2005), One Sweet Day, and Always Be My Baby.

Here are some of the best highlights from Mariah Carey’s career:

Check out the highest-selling albums of Mariah Carey throughout her career.

What Contributed To Mariah Carey Net Worth?

Mariah has made her bank balance heavy with a whopping net worth of USD 320 million.  Her concerts, tours, music career, albums, brand promotions, media appearances, endorsements with popular companies, and also being an entrepreneur has contributed to Mariah’s wealth.

In the year 2019, Carey made over $30 million just from endorsements and music sales. In 2015, the Sweet Sweet Fantasy Tour grossed over USD 30.03 million. Mariah said that her song All I Want for Christmas is You only took 15 minutes for her to write. To date, it has earned her $60 million and sold over 100 million copies worldwide.

Later on, Carey signed a contract with Virgin in 2001. This time, the album made $100 million for the company. After that, the company promised her to give $23.5 million for each of her next five albums. But, she could deliver only one. It’s titled ‘Glitter’. It recorded the lowest sale for the firm. So, they paid her $28 million to cancel the contract.

In 2005, Mariah signed a deal with Island Records. They promised her $24 million for five albums. The deal went quite well in terms of sales. The biggest hit was ‘The Emancipation of Mimi’ as the album sold over 10 million copies globally. Forbes included her in the list of top-earning women in the music industry in 2015.

That year, Carey earned $27 million with a residency in Las Vegas. Then, in 2012, she made $18 million with the reality singing competition show – American Idol. She was also featured on a television show titled Mariah’s World. It also turned out to be a massive hit. So, you see, her success was not short-lived.

Mariah Carey Net Worth from Endorsements

Mariah Carey hasn’t put her eggs in a single basket. She has branched out her earning ways that have earned her more than $150 million. Carey made $11 million by performing in a special Christmas commercial for Walkers crisps, UK chip manufacturer. She has signed various deals with Elizabeth Arden that have made her from $3 million to $10 million. Moreover, she also owns a nail polish line with OPI.

We hope you got to know about Mariah Carey net worth. For more, stay tuned to TheCourierDaily. 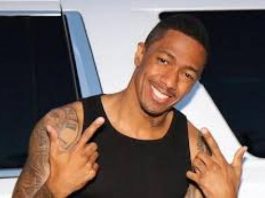 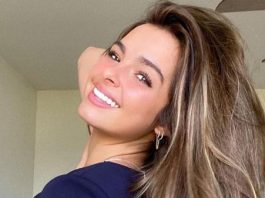 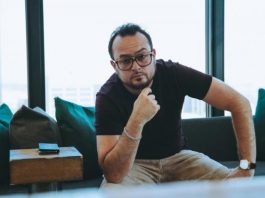