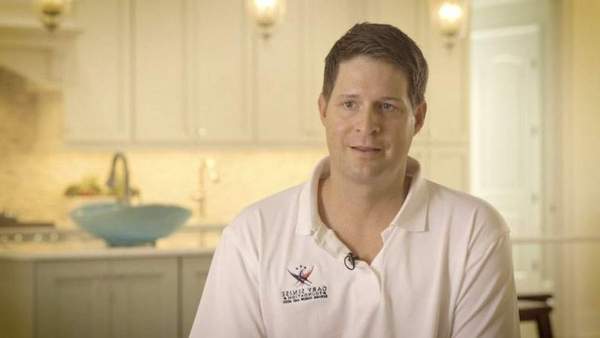 Timothy Shea is a 49-year-old Colorado-based man who has been charged for doing the fraud of hundreds of thousands of dollars with the help of ‘Build the Wall’, a fundraiser campaign. He along with the former Trump advisor Steve Bannon and two more men. He was arrested on Thursday morning by Postal Inspectuuon agents in Castle Rock.

The federal prosecutors said, “They secretly schemed to pass hundreds of thousands of dollars to [co-defendant Brian Kolfage], which he used to fund his lavish lifestyle.”

Amanda Shea is his wife who is also CFO at ‘We Built the Wall’. Both of them lives in Castle Rock, Colorado and they run a pro-Trump Energy Drink Company, according to the public records. As per the Energy Drink company’s website, it says the drinks are made from “liberal tears made in America”, and the description reads, “the official fuel of winners”.

The official website of the campaign, ‘We Build the Wall’ listed her as the Chief Financial Officer. It also describes her role as a social media director, political commentator and journalist.

The federal indictment says that Timothy Shea has a shell company using which the money from ‘We Build the Wall’ has been routed to Kolfage. They also said that they had made fake invoices to carry out the whole process.

Within a week, the campaign started by Shea, Kolfage, Bannon and Andrew Badolato raised a fund of $17 million and eventually hundreds of thousands of dollar has routed to them as per the indictment. The prosecutors pointed out the Kolfage has taken a secret salary of $20,000 monthly. After paying to Kolfage, Timothy kept the remaining amount for himself.

All four of them including Timothy, Bannon, Kolfage and Badolato were charged with conspiracy to commit money laundering and conspiracy to wire fraud, prosecutors said. Each charge will make them face imprisonment for a maximum period of 20 years.

“The four men took donation with a lie and schemed to hide their misappropriation of funds” and showed “no regard for the law or the truth,” said Phillip Barlett, Inspector-in-Charge, New York Field Office of the US Postal Inspection Service.

Bartlett added, “This case should serve as a warning to other fraudsters that no one is above the law, not even a disabled war veteran or a millionaire political strategist.”