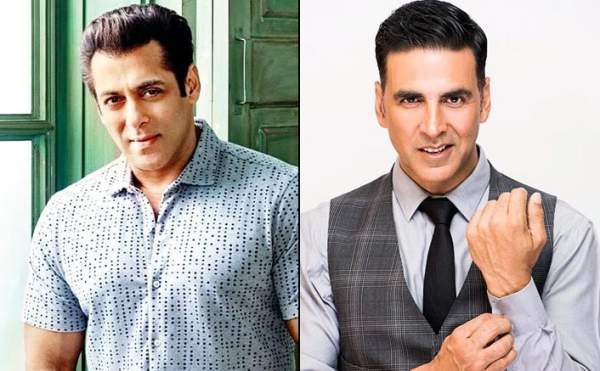 The hashtag #WeLoveSalmanKhan trending on twitter showing how much Salman Khan’s fans love him. Some tweets show how Salman Khan supported Sushant Singh Rajput as on his popular show BiggBoss has a promotional episode of Kedarnath movie.

INDIA: First Bone marrow donor of India. Donates 80-90% of His income. Known as Godfather and Man with golden heart.Every morning he funds for medical treatment of people and small children outside his house and Many more reasons. He Deserves all the Love.#WeLoveYouSalmanKhan

Salman Khan also requested his fans to stand with Sushant Singh’s family and fans with a tweet,

A request to all my fans to stand with sushant’s fans n not to go by the language n the curses used but to go with the emotion behind it. Pls support n stand by his family n fans as the loss of a loved one is extremely painful.

In between this, one twitter account pointed out the citizenship of Akshay Kumar as he always talks about patriotism. But some people want him to prove his devotion to the country. Here is the tweet,

But as per one of the articles on indiatoday.in, Akshay Kumar has announced that he has applied for the Indian passport and decided to give up Canadian citizenship. He also said that he is sad about the truth he constantly has to prove his love for the nation.

At an event, Akshay said, “I have now applied for the passport. I am an Indian and it hurts me that I am asked to prove that every time. My wife, my children are Indian. I pay my taxes here and my life is here.”

The actor also revealed that after experiencing continuous failure with 14 flops, he wasn’t sure what to do next. Then one of his close friends in Canada advice him to apply for the Canadian passport and find some work there.

But with time, his 15th film came out to be a blockbuster from then he never thought to change the passport.