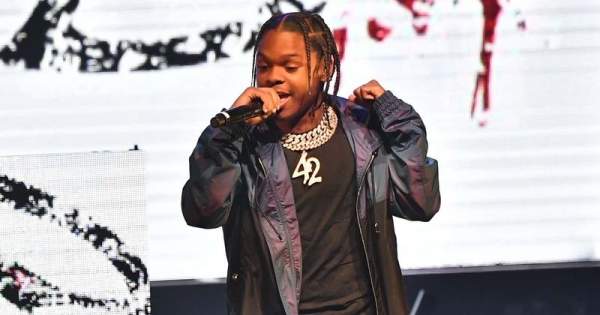 42 Dugg recently shared his new song’s snippet on Instagram which indirectly telling the fans that he was gay. Seeing this, Lil Baby allegedly has kicked him out of ‘4Pf’ because he has given oral pleasure during hard times of growing up.

In his live Instagram session, he shared too many things about himself saying, “I was out here suckin’ d**k/ I was tryna pay the rent.” Now, this one particular line has got a lot of attention on social media and microblogging sites like Twitter. Here’s one of them showing people reacting on it:

landlord: how are you gonna pay this months rent

However, there is still some sort of uncertainty whether the whole version will release or not. 42 Dugg’s fan base has a kind of mixed opinion after knowing this truth about his life but the majority of them are not happy with this.

Only a few stars like him share this much detailing in their songs but the majority of the celebrities avoid sharing these things. Later on, Dugg tried to make it a false claim saying that people heard the verse wrong.

He shared it on his Twitter account that he was actually saying, “H**S OUT HERE SUCKIN D**K… I WAS TRYNA PAY HER RENT.” But now, the fans are not ready to accept this and said that he is a lier.

42 Dugg was born on November 25, 1994, with Dion Marquise Hayes as a real name. His career boosted after he collaborated with Lil Baby for songs, Grace and We Paid. We Paid was listed on Billboard Hot 100 which made him get another chance for working with Lil Baby and Yo Gotti.

Apart from this, he was arrested on March 10, 2020, with federal gun charges but later released after 7 days.