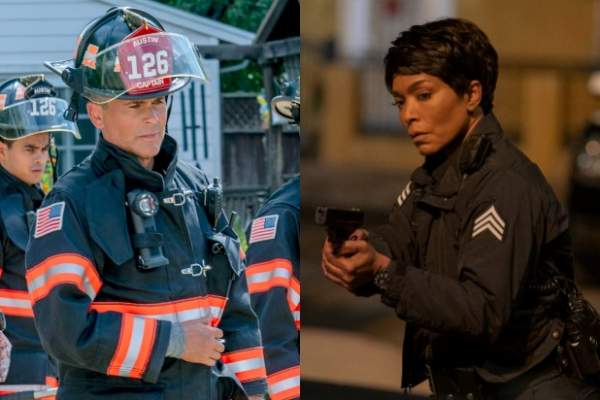 Will we get ‘9-1-1 Season 4’? Well, the showrunner, Tim Minear already thinking to decide whether to include this pandemic thing in the story or not? Sounds good? Of course, he simply giving hint for another season. When will the new installment release?

Everything will be answered in this article as it going to be an in-depth explaining everything from renewal to cast members.

The American procedural tv series revolves around the life of first responders of Los Angeles which includes police officers, paramedics, firefighters, and dispatchers. The high potential series has done well so far and earned a rating of 7.7/10 on IMDb.

The previous season concluded recently on May 11, 2020, with ‘What’s Next?’ which has opened several untied ends. The creator renewed the series almost a month back on April 13, 2020, before the premiere of season 3’s finale.

However, there is some uncertainty for the release date because of the coronavirus pandemic. Everything is getting delayed for months because of this war against the COVID-19. But still, we can expect the release date to fall somewhere in 2021. (Also read: Marvel’s Guardians of the Galaxy 3.)

The plot will pick up the story from where the audience is left with the wrecked train as shown in the third installment. The train has started its journey from Pheonix to L.A.’s Union Station.

Abby Clark, former 911 operator informed the situation immediately to the station for quick action. In the same scene, she meets Buck and this becomes more unpleasant after knowing the missing of Abby’s fiancé.

In the upcoming installment, we will see how the first responders of the nearest station to the train act quickly to take people out of danger. This kind of work involves a high risk of losing life. But without giving a second thought they are available for the civilians.

We may also see Athena taking tough decisions for the sake of everyone. As we already have seen that Michael refused to take medical treatment for curing the tumor. Now, we may see him thinking once again over this decision.

Buck will discover a new way to try once more for his love to come back. While the relationship between Chimney and Maddie will find its place to a whole new better level.

This plot is just an expectation on the basis of what we have seen previously. We will update this once the creator makes the information public.

As usual, the lead character will definitely have a return, and the addition of new ones is quite natural.

This list has been made as per the listing on IMDb.