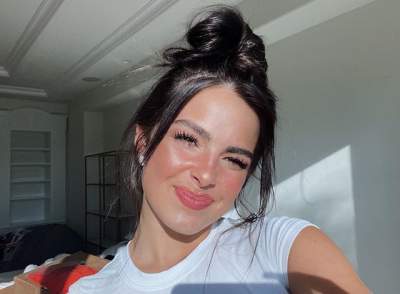 Is Addison Rae Dead or Alive? Is She Rushed To The Hospital? Has She Drowned After Jumping-Off Of A Cliff? The rumors have been troubling the fans for a long time. Read as we break the rumors into pieces and how they originated in the first place.

Rae’s fans on Twitter are having a fight with the people claiming that Addison is pregnant, hospitalized, drowned, and jumped off of a cliff. Internet celebrities have to face such rumors regularly because there are a plethora of people hating the stars already.

The title of a social media influencer comes with a lot of responsibility, from encouraging the audience to do the right thing and building a community of dedicated followers.

This is how social media personalities become an easy target to spread false news about and degrade their fame.

People on Twitter have been posting news about Addison Rae being pregnant, hospitalized, and drowned after jumping off a bridge.

The reason Addison Rae rushed to the hospital rumors have swarmed the internet is that the star has not posted/shared anything on TikTok or Instagram for a few days now.

So it becomes easy for netizens to speculate that Addison Rae is in a hospital or pregnant or drowned. Her absence has allowed for a lot of theories to emerge. Well, she also has a personal life outside social media, right?

About her pregnancy rumors, people have gone far to accuse that Bryce Hall has stated that Addison’s pregnant in one of his videos. It is entirely false.

The rumors resurfaced after another TikTok star Nessa Barrett was questioned about the same in an interview with The Hollywood Fix. To which she replied with, “I don’t think so.”

Nothing has happened to Addison Rae. She is alive and in excellent health.

No, Addison Rae did not drown, nor she jumped off a bridge. The same website, Channel22News spread the rumor.

Even if the rumors were to be accurate, the death of such a big star would break the internet. And no confirmation from her official team has come so far about the incident claimed by many users.

Rae’s fans are angry with the ongoing rumors – a take on her name and fame.

The fans have slammed the tweets and comments of many users who are trying to defame the personality and spreading false rumors.

One user said: “Why is every one of you saying Addison Rae is pregnant that’s gross and disgusting to hear everyone has a stomach so stop body-shaming it’s disgusting.”

Take a deep breath, nothing has happened to our lovely Addison Rae.