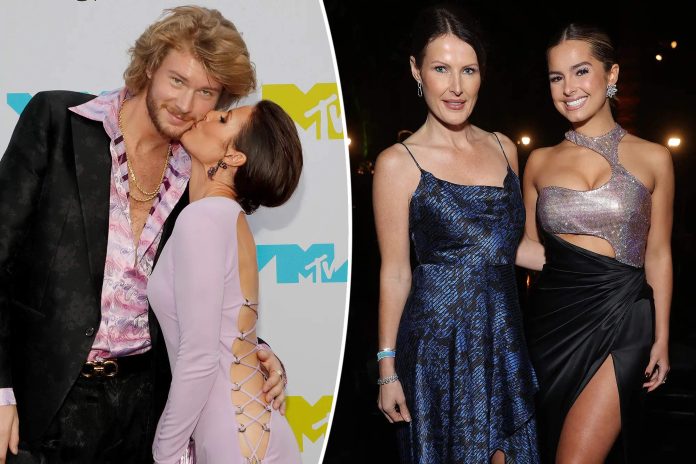 Is Addison Rae’s Mom Pregnant with Yung Gravy’s Child?: A TikTok user, “justjayyy888” uploaded a video about the 21-year-old star showing a screenshot of the news with the title, “Addison Rae Reveals Sheri Is Pregnant with Rap Artist Matthew Raymon Hauri Also Known As Yung Gravy.”

At the time of writing this article, the video already attracted 9.5M eyeballs and 400k+ likes. It’s not much time since the American rapper, Yung Gravy said publicly that he is dating Addison Rae’s mother, Sheri Easterling.

Addison’s father Monty Lopez created controversial buzz by expressing his willingness to be an opponent with the rapper Gravy in a boxing match as he discovered that Yung is romantically engaged with his wife Sheri Easterling.

After knowing the popular TikTok star felt embarrassed and previously she was also not happy with her father. Now, she has unfollowed her on Instagram and trying to increase the distance from the family. The dating news of her mother Sheri Easterling initially came into the picture when she first appeared on the red carpet with Yung Gravy at MTV’s VMAs in August. 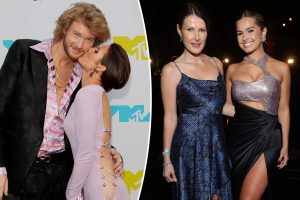 As of now, there is no confirmed source about the news of Addison Rae’s mom is pregnant or not. It seems like a fan just made up a story of his own by editing an image and creating a short video uploaded to the platform to grab some views and followers.

Addison Rae is an American social media public figure. She already touched multiple benchmarks because of her performance and following. She was also ranked by Forbes as the highest-earning TikTok personality.

Her account attracted an audience in 2019 when she posted her dance videos consistently. As of now, 88 million people follow her on Tiktok which made her enter to top 5 influencers on the platform.

In 2021, she made her debut film, “He’s All That” a gender-swapped remake of the 1999 movie “She’s All That” and also released her singing debut, “Obsessed”. At such a young age she has achieved a lot