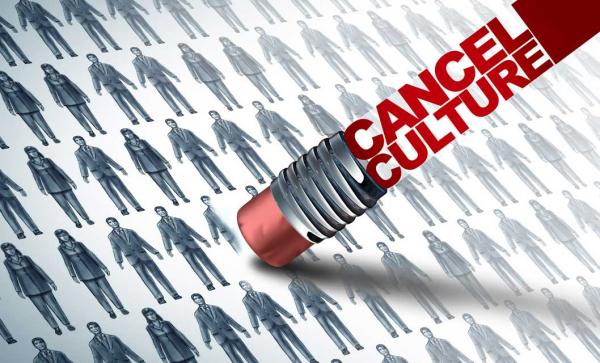 Today’s politically divided and social media-driven environment, cancel culture has become the norm. Therefore, many people have experienced getting canceled due to something they have said or done in the past. Here are some stories showing the superiority complex associated with this trend.

It’s Flat Out Ending Some Shows

Likewise, less than 24 hours after the announcement of the end of the Ellen DeGeneres show, cancel culture has become a hit. DeGeneres asked if she felt that the channel was canceling her due to the allegations that she created a toxic workplace. Though she didn’t stick with the fifth amendment mantra, she did note that she didn’t understand or believe the claims.

As DeGeneres notes, cancel culture seems to be an effective tool for tearing down successful people. She states that these claims were likely good clickbait and an effective way to end her show. While these people want to feel superior to the “be nice lady,” they highlight their inferiority complex. They’re also ending series that many people enjoy watching.

The long-running show Jeopardy! has always transcended politics. Long-time host Alex Trebek has even pointed fingers at social media and claimed it hinders people’s progress and obscures the past, forcing people to label actions right and wrong.

However, the show had succumbed to this pressure when social media turned up videos of comments Trebek’s successor Mike Richards made on his podcast in 2013 and 2014. People, such as Drew Carey, are sticking with their guts and supporting Richards through his railroading. Now, the show is back to square one as it continues searching for a new permanent host.

Most of you remember 2012. Aside from the Mayan-predicted end of the world, it was also the year that past Chick-fil-A president Dan Cathy spoke out against gay marriage. A few supporters of the conservative restaurant offered their support and declared a Chick-fil-A Appreciation Day. However, those who support cancel culture felt that they could tell who was right and wrong and lined up to protest the restaurant by ordering glasses of free water and harassing workers.

In 2019, Maria Tusken of TuskenKnits got involved with a scandal that inflamed the knitting community. One of her fellow knitting influencers, Karen Templer, posted a controversial blog post about her excitement for an upcoming trip to India, which social media groups labeled as creating an “us vs. them” mentality.

Tusken released her video claiming how there was no need to attack Templer and that she didn’t need to apologize for being white. However, the attackers soon turned their gaze on Tusken, and she faced numerous challenges as a small business owner because of her stance.

As shown, social media outlets have become a popular way for influencers and other people to attack those who are more successful than them. Here, they can safely tear down others’ careers, judge with a superiority complex, and gain followers and social media power that allows them to continue this trend until they have removed all the potential threats to their careers.

In short, cancel culture comes with a superiority complex or a holier than thou mentality. People embracing this trend believe they can tell what is right and wrong and decide who gets forgiven and who doesn’t. Additionally, they are using these feelings to tear down people who have carved out a place of success for themselves in this world. Therefore, it is probably that the cancel culture superiority complex stems from feelings of inferiority, as seen in these examples.