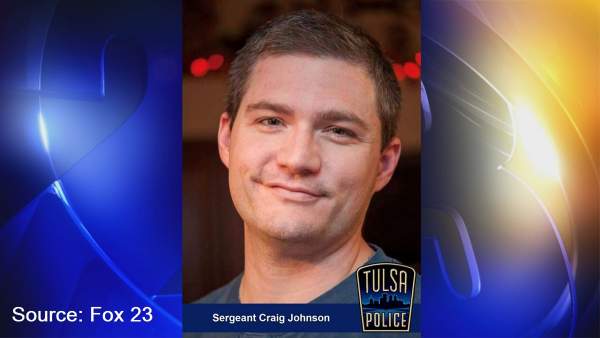 Craig Johnson, Tulsa police officer shot dead during a traffic stop on Monday. He doesn’t abe to survive the gunshot wounds he got in the line of duty.

Officer Aurash Zarkeshan and Sgt. Craig Johnson were on their duty and around 3:30 am on Monday stopped a man near East 21st Street and South 89th East Avenue. The police department official said during a tussle between the suspect and the two officers, the man triggered the gun multiple times on the officers.

Both of them have been shot in the head and immediately they were taken to the nearest hospital with critical head injuries. The doctors did the surgery to save them but Johnson didn’t survive and died on Tuesday as per the police.

Another officer, Zarkeshan is still in the critical condition as reported by Fox 23. The police investigation has identified the suspect as David Ware who left the scene without his vehicle.

Because of this, the investigation took more time and they reported this information at 11 a.m. on Monday. Police tracked his houses and after getting him, the suspect surrendered.

David has multiple charges by the Police Department including first-degree murder as per the online records. And the person who helped Ware is also in police custody. Here is the statement of Governor Kevin Stitt:

My hope is that Sgt. Johnson is forever remembered for the heroism, courage and bravery he displayed while protecting Tulsa for 15 years.

We will also continue to pray for a full recovery for Officer Aurash Zarkeshan, who was injured in the same senseless act of violence.

Our law enforcement officers need the support of their community now more than ever, and I encourage Oklahomans to find ways to show their support for those who keep them protected.”

Who is Craig Johnson?

Craig John was a 15 year veteran of the Tulsa Police Department who joined the force in 2005. Later in 2015, he got a promotion to the rank of sergeant. He was working as a shift supervisor in the Mingo Valley Division.

He leaves behind a complete family including his wife, two young male children, and his two parents.