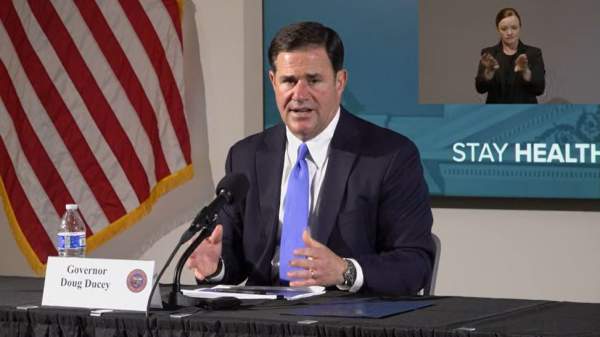 The violence across the regions of Phoenix, Tucson, and Scottsdale increased due to the on-going protest. Seeing this, on Sunday, Governor of Ducey has announced the curfew in the state for controlling the unwanted effects that may arise due to violence.

National Guards have been deployed in the whole state with an authorization for the protection of life and property. This step of the government will help to control the lawlessness that has been seen in the past days across the nation.

Ducey Curfew Punishment: What will the violators have to face?

All violators roaming in public places without authorization will have to face imprisonment for 6 months with a fine of $2,500. (check: Skai Jackson ‘The Queen’ Exposing Racists On Social Media: George Floyd Death Cased.)

As already stated above that it is applicable to all of the public places to control the unwanted events in the whole state.

Here is the list to whom the curfew restriction is not applicable:

On the other hand, the curfew thing is not so clear for the people who are homeless.

In spite of having protest events in urban areas, the curfew will be imposed evenly across the state including the rural regions.

Ducey Curfew: How the mayors reacted to this?

The protest was started against the Minneapolis police department and now, the authorities are more prepared to make sure that thing doesn’t repeat. This will help in suppressing unwanted damages and riots.

The governor had some words with some African-American faith leaders for the discussion of well being of Arizona and the nation.

This afternoon, I met with faith and community leaders to listen and discuss how Arizona and our country can move forward together. I’m grateful for their time. It was a frank, open and honest conversation, and we need more of them. pic.twitter.com/45kcWa2nEC

With this kind of effort, it seems that this whole tragic experience will soon come to end and the racism will not decay the US from inside.

After the decision of Ducey for implementing curfew in the region, some leaders and lawmakers expressed mixed opinions.

“Not spoken to or heard from the governor on this or any other topic in a number of months,” said Annie DeGraw, the spokeswoman for Phoenix Mayor Kate Gallego.

She also said that the authorities of Phoenix were considered all the options available to control the criminal activity before the governor’s announcement.

Moreover, the Mayor of Tucson, Regina Romero said the Ducey had not informed her or police of the city regarding the announcement of curfew.

She also added that communication should be strong among them during this type of emergencies.

Stay tuned with TheCourierDaily TCD! for more news and the latest updates on Ducey curfew.