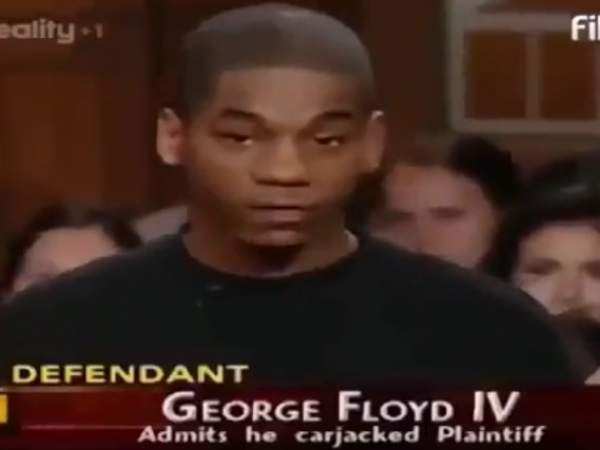 George Floyd IV Judge Judy video is all over the micro-blogging site, Twitter which shows Claudette Knights claiming George IV carjacked her. It features an African-American boy who is 16-year old. Here is what people are talking about:

The majority of the people on the social are saying he is the same George who was murdered recently by Minneapolis police on Memorial Day.

However, there are a whole lot of Twitter users who compared the facial features and saying that both of them have the same name. But the one people are claiming had “much broader facial features”.

Now, let’s consider some vital points to draw a conclusion about whether the boy shown in the video is the one whose murder triggered the worldwide Black Lives Matter protest.

If look carefully, the video shows the boy’s name as George Floyd IV and the man who just died doesn’t have and “VI” suffix to his name instead he was “George Floyd, Jr.“. Apart from this, his jawline and some other facial features didn’t match.

Now, let’s consider the judgetv.net’s car damage incident from which the video has been picked up.

The episode description revealed that the defendant is admitting that “he carjacked plaintiff” which further reads, “he was walking, was a little cold while walking the streets, saw her coming out of her car, wrestled her down, took the car, police chased him down, arrested him after he crashed the car; he caims he should not pay for the car damages because it was not his car.”

Judge Judy is the highest-rated arbitration-based reality court show. Judy Sheindlin is a Manhattan family court judge who works on small disputes. The show has been premiering since September 1996 and they have aired more than 6,000 episodes.