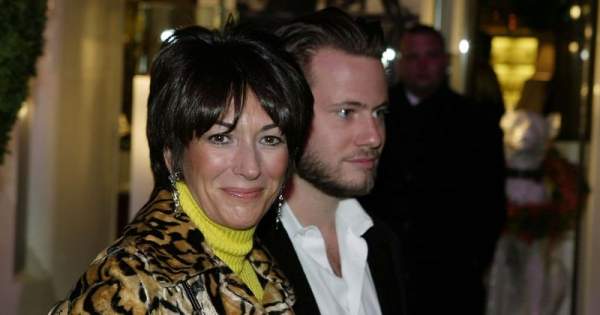 Wayfair Child Trafficking conspiracy theory stared all over the web on July 10 after twitter users shared allegations. Later, people started linking Jeffrey Epstein and Ghislaine Maxwell with the conspiracy of child trafficking. This linking came into existence after the emergence of a photo of Maxwell with Bill Hutcherson.

As TheCourierDaily reported earlier showing how a Redditor observed the cabinet storage listing on Wayfair titled with names of children missing in the past. Not only cabinets, but pillows are also overpriced somewhere from $9,000 up to $15,000.

The prefixed title in the Wayfair listing includes names of female children missing. As soon as this news has proven a backlash to the online retailer, they immediately took action and removed all listing with allegations. Wayfair also denied what everybody is claiming in the theory.

But this incident has already picked up the fire and then people linked the whole thing with Maxwell who recently known to be in the conviction of sex offense with Epstein and others. Ghislaine has been pointed first by Republican political candidate Angela Stanton King with a tweet, “Did Ghislane Maxwell tip authorities off about #Wayfair”.

Moreover, the discussion began about the conspiracy, “I’m willing to bet they will make a deal with her if she implicates Trump in some way! Why did they go after her now? Oh, we have an election. I’m not trusting any of them, this smells like another set up of taking down Trump.

“Ms maxwell sounds like she is a bit of everything, I wonder who she really belongs to and who she is working for, or perhaps she just plays with whoever is the most fun/profitable at the moment.” (Also read: George Soros & Wayfair: Soros Owns a Large Portion of Wayfair, Who Funds Wayfair?)

Afterward, a Twitter user shared a picture of Ghislaine Maxwell with Bill Hutcherson with a caption saying, “Ghislaine Maxwell with the president of operations at #Wayfair.” And the link between both of them picked up with tweet by Anonymous 5G, “Oh… #wayfair has connections to ghislaine maxwell, Damn! She must have squealed and someone inside with a conscience spread the #wayfair thing! How else would we know???”

At last, these claims that people are discussing on social media are not confirmed. We have just shared what we found on the internet about this latest conspiracy. Till then stay tuned with TheCourierDaily (TCD!) for more news.