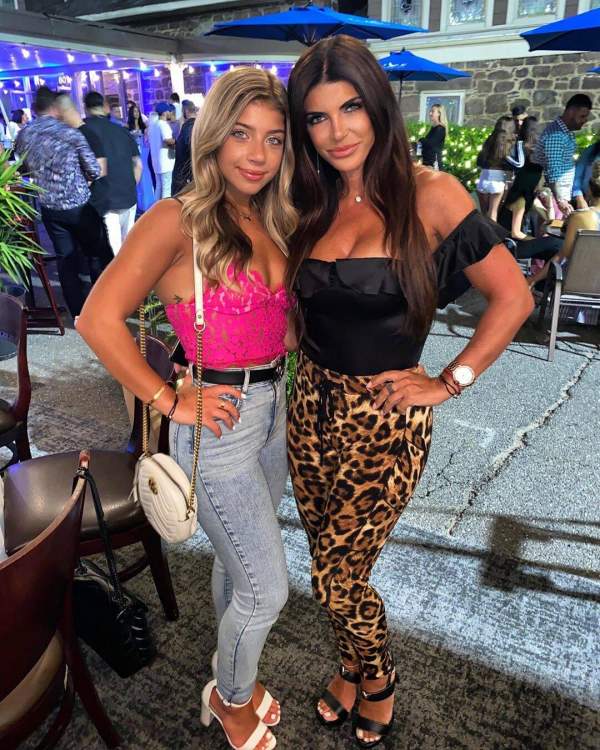 Teresa Giudice’s daughter Gia reveals that she got a nose job and she is happier than ever with the plastic surgery. She made this public after her fans noticed it in her recent Instagram photos.

Today, she posted an image on Instagram captioning, “yes I got a nose job. yes I’m swollen. thank you so much @drtobiasnyc I’m absolutely in love with it😍 I am an adult now, this has been an insecurity of mine for a while and I’ve never been happier and so comfortable in my own skin!!”

But there is uncertainty among fans about how Teresa must be feeling about this surgery as she is not happy with the decision of plastic surgery at a young age of her five daughters: Gia, Gabriella, Milania, and Audriana.

Teresa said, “I’m all about plastic surgery but not [for] teenagers.” She further added, “I wouldn’t let Gia do anything for a while. I mean, I guess, you know, after your 20s, if you want to do something like after 21 … You got to make sure your body’s fully grown. Or I know like, young girls get their noses done and I think, you know, if you got a big nose, you might as well fix it. Why not?”

Gia has got the rhinoplasty treatment from Dr. Geoffrey Tobias. She has already predicted the fact that people calling her out for going under the knife. So, she revealed that the decision of taking this step has not been taken quickly, it’s been a long time she is planning for it.

After she officially revealed the nose job to her followers, the majority of them praised her with compliments. One of her wrote, “I think the stigma around plastic surgery is outdated! Though there’s nothing to ‘own,’ it’s nice to see you upfront about it without having to deal with people speculating.”