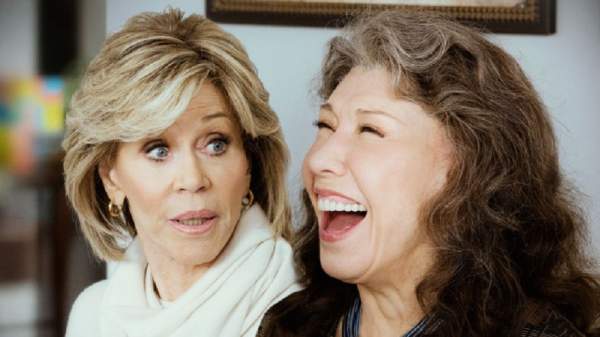 ‘Grace and Frankie’ is the longest-running Netflix series with 94 episodes (including upcoming seventh season). It premiered on May 8, 2015, on Netflix with thirteen episodes in completion. The following five seasons were released every year until January 15, 2020, with its sixth season.

The American web television series tells the story of two older women who dislike one another in the beginning. However, when their respective husbands who are renowned divorce lawyers, admit to being homosexual and settle to get married to each other, their world came crashing down.

This incident makes the two women live together in the same house who forms an unlikely friendship, resulting in understanding each other better.

‘Grace and Frankie’ Season 7 has been renewed!

The renewal announcement for season 7 was made along with season 6. We were informed about the seventh season being the conclusion of the series.

Despite the first season of the show being unreceptive by the spectators, the second season onwards, the show was treasured by the viewers. With talents like Jane Fonda and Lily Tomlin, the show was destined to reach heights and capture all the love.

Is Season 7 the Final Installment?

As we’ve already said, season six and seven were both renewed together with the same announcement. The Twitter handle of the show (Grace and Frankie) tweeted on September 4, 2019. It said,

We’ve seen Ryan Gosling chairs, yam lube, vibrators, broken hearts, new loves and a whole lot of weed, and we still have so much to share with you. Grace and Frankie Season 6 and 7 coming soon.

We don’t know why Netflix decided for the seventh season to be the final one but maybe they found the best ending to these two old and loving women. At least, the show won’t run for too long and become tedious. We wouldn’t want our favorite ladies to ever grow complacent stop making us laugh.

What stage is the Production of ‘Grace and Frankie’ Season 7 in?

The filming for the last installment had begun on January 27, 2020, soon after the sixth season launched. Howbeit, the filming was terminated midway because of the virus pandemic across the globe.

The filming of the new outing will be in Los Angeles with Marta Kauffman. And the good news is that Howard J. Morris is returning to the show. It is a little unpredictable to confirm the resume of the shoot right now but hopefully, whenever it begins the situations are far better than they are currently.

‘Grace and Frankie’ Season 7 Release Date: When will we finally say goodbye to the show?

Due to some life-threatening situations such as COVID-19, the dates are squishy. Initially, the release date was in 2021 January like every other series but now everything is foggy until the industry is wholly open and working.

If we’re not attempting great expectations, we could still receive the series in mid or late 2021 depending on situations.

The cast and characters are as follows:

Netflix’s and other TV Shows to watch in the meantime

We are likely to miss our beloved Grace and Frankie but while we wait for their final screening we could try and experiment with some other similar shows.

All of these above series are distinct in natures and plot but they’re entertaining to the core. They will make you laugh and cry and teach you through the lives of the characters. Therefore, we could always watch them in the meantime and become a fan.