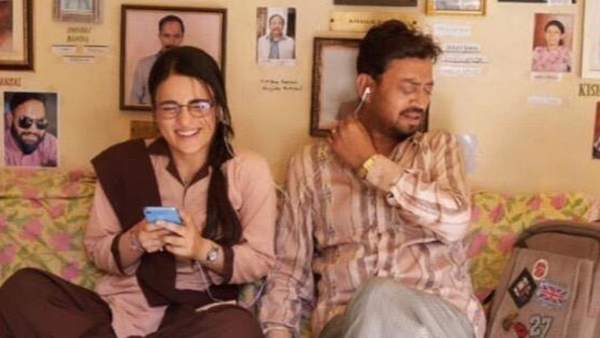 The Irrfan Khan starrer ‘Angrezi Medium’ was release in this quarantine situation which affected the film industry a lot. Though it is already out on the digital platform such as Hotstar and others, the box office halted for this flick at an upsetting note.

Since March 16, 2020, the theatres are closed to follow the social distance protocol and fight against the coronavirus. And the movie was released on March 13 which is kind of unfair for this epic.

Directed by Homi Adajania, the film is expected to be re-released once we, the humans, win the war against COVID-19. This is so because fans always love to watch Irrfan Khan on a big screen.

Irrfan Khan was a self-made man from nothing to a Hollywood star. He also worked in most epic films like ‘Life of Pie’, ‘The Amazing Spider-Man’, ‘Jurassic World‘, and ‘Inferno’.

But because of Neuroendocrine cancer, he died on April 29, 2020, leaving behind family and friends with tears.

Apart from box office collections, the main reason for the re-release is the huge fan following. They want to see their star in the theatres for the last time. The film features some fabulous dialogue with the unique style of Irrfan Khan.

As of now, the movie has racked around Rs. 13.54 crores. It opened well with a decent amount of Rs. 4.03 crores. It will definitely be going to pick up till the weekend but now you know the whole story.

Dinesh Vijan-produced, the film also features Radhika Madan, Deepak Dobriyal. Because of them and other artists, it is able to gain a rating of 7.4/10 on IMDb.

Several other films postponed their release due to the virus which includes, ‘Sooryvanshi’, ‘Fast and Furious 9’, ‘No Time to Die’, and ‘Sardar Udham Singh’. Now let’s see what happens. When will human beings find a cure for coronavirus?

We will just have to wait to get the answers.