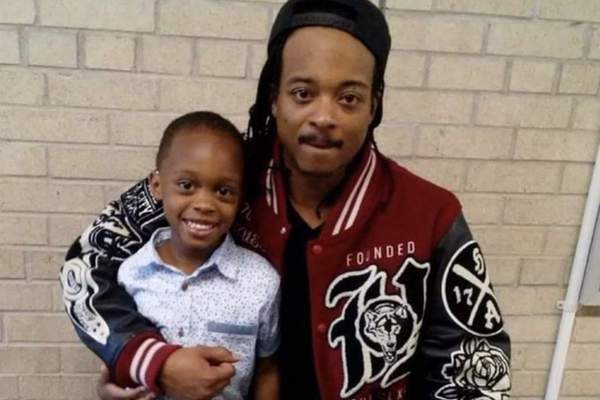 Jacob Blake is a 29-year-old black man who was shot by police at the back multiple times by police on Sunday in Wisconsin. He was shot in front of his three children seated in the SUV at the time when he was at the door entering into it. Blake’s family said he is currently paralysed from the waist down and doctors don’t know whether it is going to be permanent or not.

Kenosha Police Department said the incident happened after 17:00 on August 23. They also said that the department was responding to a domestic incident and as of now it is unknown who called the police and how many officers were involved in the brutal shooting. Unfortunately, the police officers of Kenosha didn’t have bodycams but they do have microphones.

Raysean White, the person who filmed the shooting told CNN that when he saw police wrestle, punch and Taser Mr Blake, he started the recording. The video shows, Mr. Blake walking in front of the car and the officers who were close to him are white males.

When Mr Blake opened the door and leaned a bit to enter into SUV, one officer is clearly seen in the video grabbing his shirt and opening fire. It is clear from the video that the officer shot 7 times and people around were shouting and screaming.

After 2 days from shooting, the family told the media with an emotional statement, “They shot my son seven times, seven times, like he didn’t matter,” Jacob’s father said. “But my son matters. He’s a human being and he matters.”

The lawyer of Mr Blake said that the injuries have damaged all of his colon and small intestine, so doctors have to remove them. The shooting also impacted his kidney, liver and arm.

Now, the family and other protestors demand to issue an order for the arrest of the officer-involved and he should be fired from serving the Kenosha Police Department.

Some people in the cover of protest initiated riots in the city which then later confirmed that none of the rioters was from the Black Lives Matter movement. After knowing this, Julia Jackson, Mr Blake’s mother appealed to end these violent protests.

Ms Jackson said, “It doesn’t reflect my son or my family. I’m really asking and encouraging everyone in Wisconsin and abroad to take a moment and examine your hearts.”

No, Jacob Blake is not dead, he is alive and currently in a stable state and out of surgery, but doctors kept him under an intensive care unit at the Kenosha Hospital. 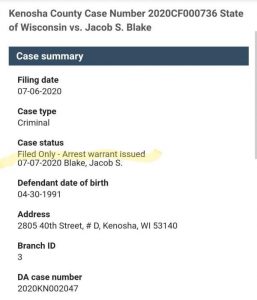 In 2015, in Racine County Circuit Court, Mr Blake was charged with one felony count of resisting arrest which caused a “soft tissue” injury to a police officer. One count each of carrying a concealed weapon, carrying a firearm while intoxicated, endangering safety-use of a dangerous weapon, and disorderly misconduct. For this, he faced up to 8-1/2 years of imprisonment and/or up-to $50,000 fine.

As of 2020, Mr Blake is 29-years-old and have four children. He also has a fiancee with whom is already engaged. Coming to the profession, he works as a security guard to earn his living.

Reporter of TMJ4, Stephanie Haines tweeted the photos shared by his fiancee,

This is Jacob Blake. His fiancé shared these photos with us. He’s 29 and a father of three. His fiancé says he is a security guard. pic.twitter.com/IxaK9DUaYc

Mr Blake’s mother, Julia Jackson is organising the fundraiser program on GoFundMe and within a day, it has crossed $1 million. It was started on Monday and on Tuesday afternoon it crossed $1 million. The campaign has a goal to raise $2 million for “Medical, Illness and Healing” purpose as mentioned on the GoFundMe page.