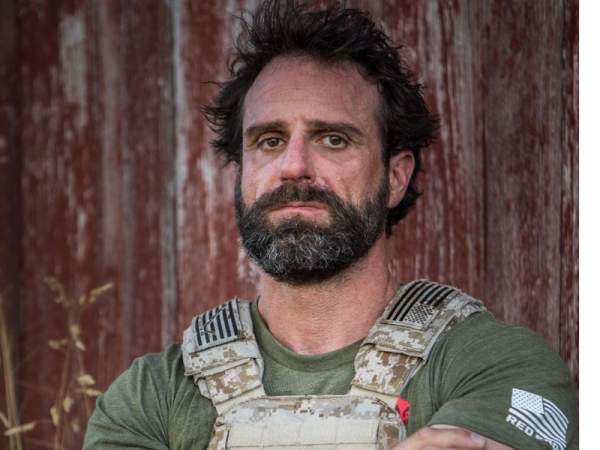 In a post on LinkedIn whose screenshot is all over the social media, Garrick commented, “I infiltrated ANTIFA in downtown PDX 3 nights ago. (Dudes in camo) Hit me up, I’ll throw on my Cryes and give you a hand restoring law and order, then we’ll go grab a well deserved beer!”

On LinkedIn, Craig Sawyer, Expose & Eradicate Child Trafficking shared with a link to DailyWire’s article, “I think this is actually a very calm & gracious response in the face of such destructive terrorism funded by our nation’s subversive enemies. Law & order must prevail‼️🇺🇸”. On this Garrick commented which is mentioned above.

Here is the video showing the PVC pipe bombs by ex-Navy Seal,

Also, one more video is out on the YouTube channel, ‘Skylar Szabo’ where the man explained the incident.

The footage also showed Louis Garrick Fernbaugh saying, “I’m not the guy you want to f**k with” then someone asked, “Why are you throwing bombs at people”. He replied, “I don’t know what you’re talking about.” A Twitter user, @_WhatRiot confronted Louis and other footages also confirmed his identity.

Who is Louis Garrick Fernbaugh?

Louis Garrick Fernbaugh is an ex-Navy Seal who founded HVT Targets where he gives professional training for identifying the targets properly before shooting. The company focuses on scientific-based principles for targetting.

He has 20 years of experience as a US Navy SEAL, SEAL instructor and Master Training Specialist, 7 years of over sea’s contracting, government agency, mobile, 5 years as a civilian instructor, teaching military, and law enforcement according to the about section of HVT Targets.

As per his LinkedIn profile, he has a bachelor’s degree in Criminal Justice and Terrorism Counter-Terrorism from American Military University.