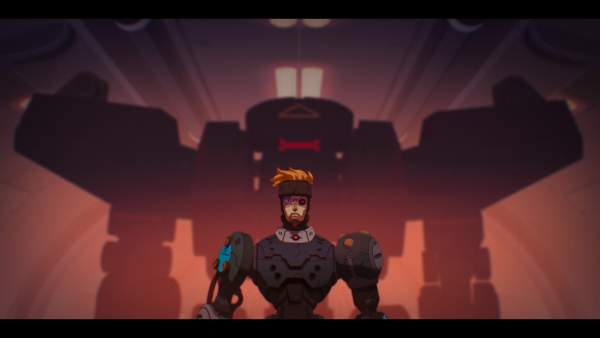 Love, Death and Robots or LOVE DEATH + ROBOTS was yet another animated Netflix investment that collected a lot of attention and love from the audience. The first season of this American adult anthology premiered on March 15, 2019, with all its 18 standalone episodes.

Each episode implemented different crews and teams around the world with unique and distinct animation. This one of a kind sci-fi series was oddly unique. It brought Deadpool director Tim Miller in collaboration with David Fincher to create a combination that lies between ‘Black Mirror’ and ‘Devilman Crybaby’.

It comprises of ultra-violent and oh-so sexualized scenes and pitches. Since the 2019 release, we were not sure if the series would return for another season but we do have our answers now so let’s dig right into it.

On June 10, 2019, Netflix tweeted and announced that the series will return for another season. Their Twitter handle ‘See What’s Next’ posted

“Love, Death and Robots” will be back! Jennifer Yuh Nelson has joined as supervising director for Volume 2 and will oversee all episodes.

Not only did Netflix announce the renewal, but they also gave the newest onboard talent of Jennifer Yuh Nelson who directed Kung Fu Panda 2 and 3. At the moment, what we’re not sure of the studios which worked on Love, Death and Robots would return to contribute or not, only time will tell.

The time period taken to complete the first season was a lot but the end result was no more than perfect. Identically, we won’t be surprised if season two took the same amount of time or even more than that. It all depends on the studios working on the project and their efficiency.

For now, we can only imagine watching season 2 in either late 2021 or 2022 amidst the Corona Virus.

How to Pass Time in the Meantime?

You could always check out “inside the animation” on YouTube to get an insight. This is going to feed us some behind the scenes that could generate some alleged theories. Also, Rob Cairns uploaded some soundtracks on his website so be sure to check it out as well.

‘Love, Death and Robots’ Season 2 Production Status: How far along is the show?

Rob Cairns, the composer of the series said in an early 2020 interview that he “just started” on the soundtracks. If he has started his share of the work then I am guessing the makers might have some concrete composition. Nothing of that sort is formalized yet, but at least the work has definitely begun.

Jennifer Yuh Nelson: She is a 48-year-old Korean-American director who received great praise for directing animated films like Kung Fu Panda 2 and 3. In addition, she also directed ‘The Darkest Minds’ – a dystopian superhero drama starring young kids who obtain superpowers and run from the government.

Tim Miller: He is an American director and a visual-effects artist with movies like Deadpool in his bag. Furthermore, he helped design the title sequences of films ‘The Girl’ with the ‘Dragon Tattoo’ and ‘Thor: The Dark World’.

David Fincher: He is not only a director but also a producer of films, television, and music videos. He made his directorial debut with the movie Alien 3 but wasn’t much acclaimed. Three years later, in 1995 his film ‘Seven’ was released that received better reviews.