Jordan created a fan craze in Chicago and throughout the world with millions of followers donning his number, 23

Everyone knows that Michael Jordan is arguably the greatest basketball player of all time, and the greatest athlete of all time at that, but have you ever thought about which specific factors made him so? Below we’ll take a look at just a few aspects of the legend’s personality and performance that help to explain why there will never be another competitor quite like Michael Jordan.

He was the most competitive member of his team

One of the driving forces of any athlete is their competitive edge. Michael Jordan’s successes can undoubtedly be linked to the fact that he simply despised losing. If he was not a back-to-back champion, who was he really? The years he spent striving to defeat the Pistons portray this character quality perfectly.

For Jordan, every detail of life was a competition. He had to be seen as the best, and his ruthless nature made him so. His own teammates endured the brunt of his wrath; during training, practices, and on the road, Jordan was constantly motivating the Bulls to win or picking apart the reasons why they hadn’t.

However, everyone knows that Michael Jordan’s unique competitive air is a key factor that made him the greatest basketball player to ever live. Because he was so bent on victory, Jordan curated one of the NBA’s most memorable dynasties, bringing a whopping six championships to the Bulls. In fact, Jordan’s wins helped to make the city into the great place it is today, as Chicago, Illinois is the 3rd most successful sporting city largely due to his performances at home. One thing’s for certain: a non-competitive Michael Jordan would never have had such an impact on basketball or the world.

He wasn’t just a “hard-worker”

Many people believe that Michael Jordan was an extremely talented player with natural gifts. While that may be true, his many accomplishments didn’t drop from thin air. Jordan worked tirelessly day and night to make his dreams a reality.

As seen in interviews from past coaches and players, everyone that knew him agreed that he wasn’t just a hard worker but rather a player who was constantly striving for near perfection. He expected the most from himself and his team and never did a single thing half-heartedly. These qualities mixed with his competitiveness allowed him to reach the top every single time. 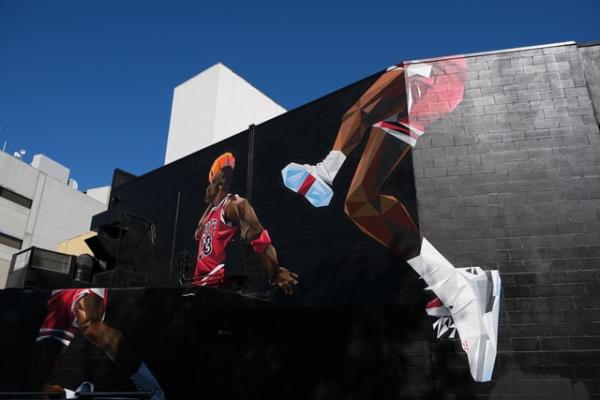 Major Factors that Made Michael Jordan the GOAT

Of course, you can’t defend the stance that Jordan is the absolute GOAT without bringing attention to his elite scoring records. He’s considered the greatest scorer the NBA has ever seen with a long list of stats to prove it.

Jordan played for the league for 15 years and ended his career with a scoring average of 30.14 points per game. He broke countless records, so much so that only one other player, Wilt Chamberlain, came anywhere near him for the greatest number of scoring titles. It’s no secret that Jordan was the primary asset that led the team and the entire league to fame on multiple occasions.

His pure gift at defending

Along with being one of the greatest scorers of all time, Jordan was also an incredible defender. His natural way of blocking the ball incorporated his basketball smarts with his body’s ability to stand tall against any competitor. He was able to anticipate an opponent’s move before the opponent even had room to think about defending himself. Throughout his career it’s recorded that he made an astronomical 100 blocks and intercepted the ball 200 times.

Aside from just being a phenomenal athlete, Jordan brought excitement wherever he went, even outside of Chicago. His face was plastered on hundreds of ads and he even got a movie gig with the successful Disney animated film, Space Jam, which is set to release a sequel in the summer of this year. The bottom line is, whether you believe Jordan was actually the GOAT or not, there’s no denying he changed the world of professional basketball forever with his lasting, legendary influence.