Are you also among those who want to know about Marzi season 2, even after the lead character, Anurag (Rajeev Khandelwal) dies? Well, there are still some untied ends of the story. This article will give you the information available for another installment which is known so far.

The Indian thriller Voot Originals web series is all about the life of Anurag and Sameera. They go on a date, and then their life changes. The story challenges the truth which leads to the unveiling of various lies.

The show has performed decent on the streaming platform and got mixed words of the mouth from the audience. Still, the show has raked a rating of 7.3/10 on IMDb. Now, let’s consider all the aspects for a second outing.

Marzi Season 2 Release Date: Is it renewed or canceled?

The season 1 ended on a shocking note of the death of Anurag which closed most of the aspects of the story. But there are still some questions left in the mind which may become a reason for another installment.

Well, as of now, the creators nor the streaming platform has renewed the show for season 2. But Pavleen Gujral who played the role of Rashmi once told iwmbuzz.com,

“Yes, Marzi 2 was to happen. But now with no shoot happening owing to the COVID-19, we do not know when things will get normal. I was to shoot for Made In Heaven 2 too.”

This means we can say that when the coronavirus pandemic will be in control, the show will be renewed for sure. She also revealed that “Marzi 2 will be taken from Liar 2” with some fresh and old cast members.

You can also check other upcoming Indian web series which are going to happen in the future:

Marzi Season 2 Plot: What could happen next?

Right now, it’s hard to predict what is going to happen next as the lead character is dead and we will see some sort of different story. As Pavleen Gujral said, “Marzi 2 will be taken from Liar 2,” we can just only get little idea about the plot.

Liar 2 also ended with a big question about the killer which viewers consider it as “ridiculous”. It has also left viewers with more questions. 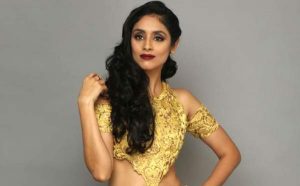 So, with Marzi season 2, we may also expect to see suspenseful thriller drama with more twists and turns around the characters. But with this minimal information, it’s tough to connect the untied ends of the first installment.

We will update this section once the creators make the plot or story public. Or drop some hint on their social media profiles.

Marzi Season 2 Cast: Who will be starring?

Now, Anurag is dead, so, the probability of Rajeev Khandelwal return back is less. And as Pavleen Gujral has hinted about the season 2, so she will be seen as Rashmi and others include:

The list above is just an expectation on the basis of the previous outing. We will update this later.

Marzi Season 2 Trailer: Is there something out?

As of now, even the renewal is not confirmed, so there is no teaser or trailer available. But you can watch season 1 below if you just discovered this series.