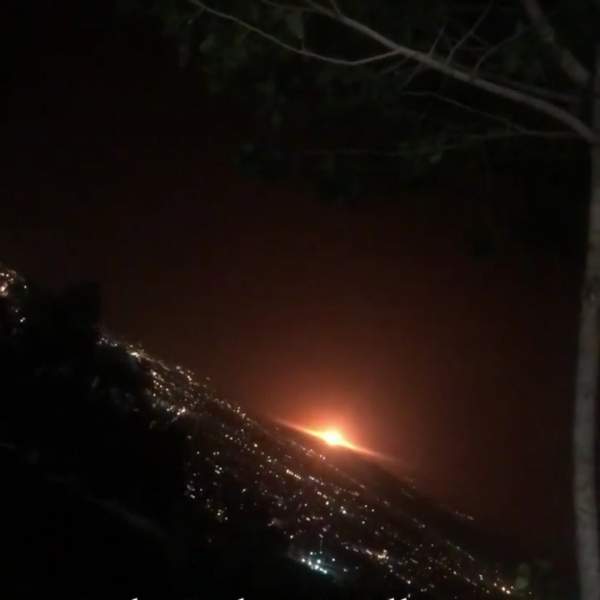 Recently, twitter is flooded with images and videos showing some strange explosion in Tehran, Iran. One tweet claims the explosion is close to the Parchin nuclear research facility.

Davoud Abdi, Iran’s defense ministry spokesperson told state TV that the blast that was seen in the night sky was of a gas storage facility in Parchin. He also told that the fire has been controlled by firefighters.

There are no casualties and the investigation for the cause of the incident is going on. The area where the incident occurred was very near to a sensitive military site. Because of this, rumors were all over the internet about some invasion.

But, it is now officially confirmed that this was just a gas tank blast, nothing more than that.

As per the report of a Tehran-based Mehr News Agency, people heard a “terrible sound” and the explosion shines bright in the night sky. People shared cellphone footage of the explosion from a distance.

The Iranian ISNA news agency’s report revealed that it is an explosion related to a natural gas tank, not related to military installations.

Far News Agency reported the explosion without any in-depth details. Rumors are all over twitter and the exact cause and reason of explosion are not reported by any local or global news agency.

Here is an image by foxlive.com of the location,

Another tweet is saying that the Israel Defense Force is retaliation IRGC’s Cyber Attack, “#BREAKING: It seems that the #Israel Defense Force is now retaliating the #IRGC’s Cyber Attack at the #Israel’s water desalination facilities few months ago. It was first started in #Shiraz & now happened in east of #Tehran. The power stations are exploding one by one!”

Note: the story is being developed, so, stay tuned with TheCourierDaily (TCD!) for more news