The Courier Daily News
Home Entertainment When Will ‘Dorohedoro’ Season 2 Release? Trailer, Cast, Plot And Everything We... 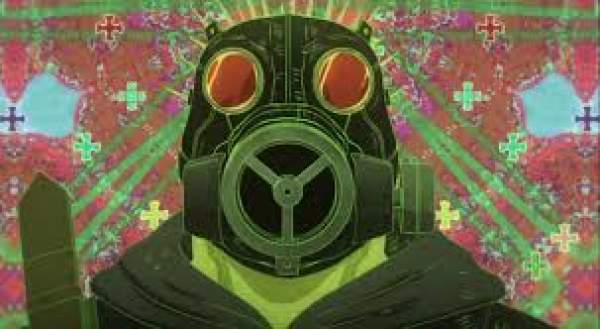 Are you looking for ‘Dorohedoro’ season 2 release date? Then this article will guide about the upcoming installment with vital information about renewal news, release date, cast, plot, and trailer.

This anime series has crafted out of a Japanese manga series with the same name by Q Hayashida. The story follows the life of Caiman, the amnesiac reptilian-headed, and his friend Nikaido who tries to figure out the ways to live in a violent world. His friend is also helping him with the recovery of his lost memory.

With its first outing, the series has able to grab the majority of positive reviews and garnered an IMDb rating of 8.2/10 which is done by 1,863 viewers. Now let’s dig out more information about the show below.

‘Dorohedoro’ Season 2 Release Date: When will the new installment premiere?

Season 1 of the series was premiered on January 12, 2020, which then continued till the end of March 2020 with 12 episodes. Later, Netflix got global broadcast rights and aired the show in late May 2020.

So, right now, its kind of new series, and there is no news out about the renewal of season 2. This is not the right time to ask, first of all, the coronavirus pandemic made the production houses to close. Secondly, considering Netflix, they usually take one or two months to decide.

But before the release of the first outing, the director said its performance will decide whether we are going to get more or not. A tweet by @animetv_jp shared this before the airing of the first installment.

Dorohedoro the director has also promised that support of the first season will lead to the greenlighting of further production (Season 2). pic.twitter.com/pv2GUH97r4

This means we will have to wait for the official confirmation from the creators. Till then you can check other anime news below:

‘Dorohedoro’ Season 2 Plot: What could happen next?

The story revolves around the life of Caiman, a reptile headed man and his friend Nikaido. Caiman is stuck in a strange and violent world and wants to adopt the same for survival. But problems become stressful because he lost his memory and wants to recover it for a clearer vision.

The violent and chaotic show in the season 1 finale, ‘Memories Of School Days / Boy Meets Girl = Battle! / Pinky Swear’ shown us how Caiman tries to convince Nikaido to return back in the hole. But En has a contract with Nikaido because of which she is unable to proceed and En has already deployed a team for searching her.

Later in the finale, they decide to hide in an abandoned, ivy-covered mall and discuss the past and promise to be friends forever. This where season 1 ended, now there are lots of questions left that audience and fans are looking forward to.

Like who attacked Nikaido at the back? He may be Risu or anyone else. We will have to wait for the second outing to get the answers.

‘Dorohedoro’ Season 2 Cast: Whose voice is there behind the screen?

Here is the list of voice artist who has done the job perfectly to make the anime series unique in its own kind.

It has been prepared on the basis of listing available on IMDb.