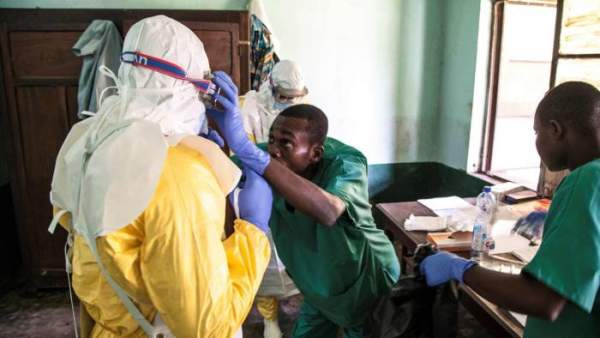 A new Ebola outbreak has been reported from the northwest Republic of the Congo. This Ebola virus last saw its deadly effect in 2018 and killed 33 people in that area.

On Monday, the governor of the province, Bobu Boloku Bolumbu revealed that there are 5 cases and 4 of infected has already passed away. He also said that the capital city of Mbandaka is the area where these cases are reported.

Mbandaka is a city having a population of more than 1 million. So, this virus could spread rapidly in this area. The Democratic Republic of the Congo is itself is a big area.

Other than this, the director-general, Tedros Adhanom Ghebreyesus of the World Health Organization said on Monday evening that the Health Ministry of Congo discovered six cases. He also added that the WHO has responded to this and doing the necessary things.

However, the good news is that the coronavirus hasn’t hit Mbandaka yet But the region of Congo already has confirmed cases of around 3,000 people.

Some people are saying that this coronavirus and Ebola are related to each other. But Ebola is not similar to COVID-19. This Ebola is mainly found in the tropical rainforests of Africa and only spread by direct contacts.

The person infected with Ebola will suffer from hemorrhagic fever and when it becomes extensive then vomiting and internal bleeding also add up.

The region of Congo has already suffered in the past due to the Ebola outbreak in the northeastern provinces. At that time, more than 2200 people lost their lives. Now, the same region once again has a threat to this.

So, how this new outbreak of Ebola happened once again in the Democratic Republic of the Congo? Well, as per the WHO, the animal reservoir is the expected home for the virus in various parts of the Congo.

WHO knows this outbreak closely and helped in controlling the same in the past. So, they are supporting the nation with testing and collection of the blood samples.

Additional supplies are already requested to the North Kivu and Kinshasa to take care of the virus. Apart from this, the WHO is doing its best to provide important medical services to the people. So, to be able to do that 25 people are coming to Mbandaka tomorrow.