The Anonymous hacker-activist organization returned after maintaining a low-profile for 3 years to expose the killing of an African-American man named George Floyd in Minneapolis, Minnesota. While the state’s people are busy protesting and mourning the death of an unarmed black man, the Anonymous group showcased the true ‘racist’ face of MPD.

The masked Anonymous hacker claimed it did not believe “corrupt organization to carry out justice” and that they will reveal the true face of Minneapolis Police to the world. They accused the department of more than 193 illegal killings.

All the clips released in the 3 Minutes 42 seconds video showing Minneapolis Police conducting violent crimes and corruption against people of the states have sparked a wave for justice. And to stop all the wrongdoings happening for a long time. “People have had enough of this corruption and violence from an organization that promises to keep them save”, the hacker said.

Hacktivist group Anonymous hacked and took down the Minneapolis PD website and released the above video. It also depicts other similar crimes conducted by police officers against ‘black people’. It shows clips from the death of Jamar Clark, 2016 killing of Philando Castile, 2017 slaying of Justine Damond, 2018 death of Thurman Blevins, and 2019 fatal killing of Brian Quinones.

The hacker uttered Floyd’s death is “just the tip of the iceberg” and goes on to mention the policemen who murder the general public “should be held accountable”.

Four people were involved in the killing of George Floyd, and the Anonymous Group asked the government to press charges against all of them, not only Derek.

The hacktivist group ended the video by saying they do not have faith in the Minneapolis Police Department. It is fooling the public with their false patriotic acts. Adding, the department is not qualified to “carry out justice” and warned them “expect us” in the future. In the end, a quote from the Bible was quoted saying “We are legion”.

The voice of the narrator is manipulated to maintain secrecy. It is transformed to sound like a robot so the identity of the person is not revealed to the public. 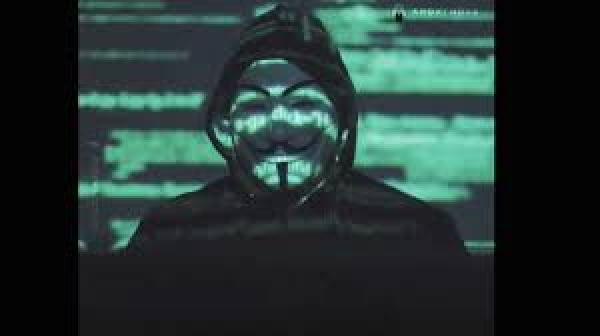 The entire nation came to a halt on May 25th, 2020 when a black man of 46-year old was murdered by a Minneapolis Police Officer, Derek Chauvin. The news broke out on social media when a lady, who witnessed the incident herself, posted a recorded video of the killing online. It depicted Floyd being knelt down by the officer for a long 7-minutes time before he took his last breath.

He continually begged the officers to let him out of the position and saying, “I can’t breathe… please let me up”. Still, after so many requests and bystanders also begging for mercy, he maintained the knelt down position.

Geroge was charged with forgery, he allegedly passed on a fake bill (dollar currency) to a shopkeeper. Hence the shop owner called the police for a possible theft. The police arrived and while arresting him, one police officer knelt down on Floyd’s neck and he was pronounced dead at Hennepin County Medical Center by suffocation.

The death of unharmed George Floyd led to protests all over the world. In some places, it was done in peace with people gathering in mass numbers and marching to demand justice for Floyd’s murder. While at other places, people have resorted to violent acts such as vandalizing private properties, police stations, and looting stores.

People gathered in huge numbers in different states of the USA to mourn the death of George Floyd. As time proceeded, the matter has escalated to a level where there have been riots and mass looting in the state. Protestors did not leave any store, boutiques, and supermarket unrobbed.