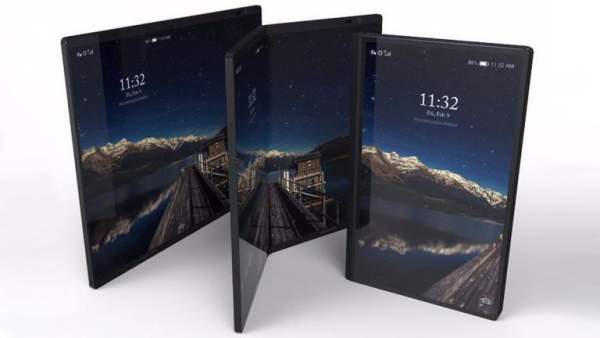 Samsung Galaxy F Price, Release Date, Specifications, and Features: The foldable technology of Samsung is on its way. You must have seen the rumour of the smartphone almost 10 years back. Now it is going to be in your hand soon. But the Bill of Materials (BOM) for the foldable device will be comparable with Galaxy S9+ and iPhone XS Max.

This is not a speculation it has been confirmed by the report of a Korean agency CGS-CIMB Research. What is the thing that made this device costly? Well, the most expensive part of the smartphone will be the display or you can say “displays”.

Yes, you read it right, the new device will have a huge 7.3″ panel which can be folded along the middle part and after folding the external display of 4.58″ will be the interface. And some reports also revealed that the smartphone will also have 2 battery, but I don’t think that will be the reason for the expensiveness. The total power capacity will be around 5,000-6,000 mAh. 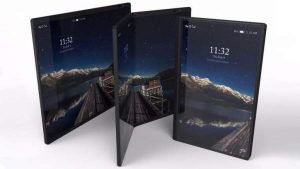 Some prediction of the analyst anticipates that Samsung will be going for a profit margin of 65% just like Apple does. The previous flagship, Galaxy S9+ of the company had 55% margin. After all of these, they computed the retails price of $1,800 excluding carrier subsidies and this exactly matches the rumour prices of the smartphone.

That’s a huge amount! but the Samsung Galaxy F will be the very first device which features proper foldable touch display. Other than that the high cost of the device is due to the research process which leads to this, after a few years, the price will definitely come down. 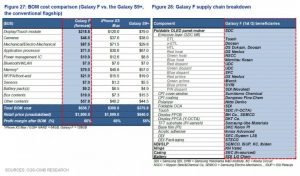 As the technology is new, the analysts are predicting the sale of 3.5 million units in the coming year and the sale will boost up to 24 million units as 2022 arrives. However, the prices will alter very slow and the average price of any foldable device will be $1,300 in 2022.

Not only this, the competition in the market of the component of the foldable device will be high too. Currently, Samsung is the leader in making display around 1 million foldable units per year as per the reports. Now, the manufacturers and makers of the other component i.e., circuit boards and batteries will get considerable benefit from the foldable future smartphones.