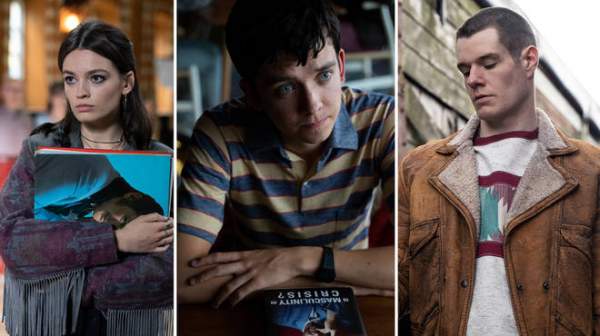 When will ‘Sex Education’ Season 3 release? Will it delay due to the COVID-19 pandemic. Well, you will get your answer in this article along with other relevant important information.

The British comedy-drama web tv series which focuses on Otis Milburn, a teenage boy with an underground team for sex therapy clinic of the school. Otis’s mother is also part of the team as she is a sex therapist.

The series banged Netflix with its debut having more than 40 million viewers. Still, it is going well and getting positive reviews having a rating of 8.3/10 on IMDb.

The third installment of the series has been confirmed by Netflix on February 10, 2020. They announced the renewal with a video showing portraits of the main characters of the series.

Season 2 was full of doubts and suspense, now this time, the untied ends will be cleared. And we will see the new aspect of the story. (Also read: Legends of Tomorrow S05 E13.)

After observing the performance of the show, the creators are working hard to make the storyline better than ever and eventually improve the ratings.

There is little to nothing that is available about season 3. However, if the show follows the previous trend then this time also, it will be wrapped in 8 episodes. And the expected release date will fall Somewhere in January 2021 because season 1 and 2 were aired in January 2019 and January 2020 respectively.

Right now, it is hard to say anything about season 3. But we can expect some things which may occur on the basis of what we have seen till now.

The conflict between Maeve and Otis as Issac removed the voicemail sent by him. If the misunderstanding is not cleared between them then we may see Otis have one member less in the team.

Some more problems that are going on within the team may be seen due to a lack of communication among each other. All of this is just an expectation of the fans and some social media handles.

As usual, the main character will be played by the same cast members. Asa Butterfield will be seen as Otis Milburn, the teenage boy, Gillian Anderson as Jean Milburn, Otis’s mother and others include:

Some of the characters in the list above may not be seen in the upcoming installment as it is prepared on the basis of the cast of season 2. We will update the list, once the list is out officially.