The Politician came out in 2019 and was one of the best shows on Netflix. It follows a kid who has dreamed of becoming a president of the USA and in order to do that he has to become the student body president first. He has to do it so he gets into Harvard.

In order to achieve those goals, he has to do everything within his morality and his public-image. Now, the show has been renewed for season 2 and we can’t wait to see what happens next. Let’s dive into the details of the next installment.

Who is the cast of The Politician season 2?

We will be seeing most of the actors reprising their role for the second installment.

What will season 2 plot of The Politician be?

We saw in the first finale how Payton was in a bad shape in New York and then how his friends convinced him to run for state senate. His opponent was Dede Standish (Judith Light) and her bulldog campaign advisor Hadassah Gold (Bette Midler). (check: Ju-On: Origins Netflix Release Date.)

In The Politician season 2, we will likely be picking from there following Payton on his campaign trail. He may also have to finally choose the path he wants to take to become the politician he has always wished to become. His mother will also come and make a decision that will threaten to upstage Payton’s reputation.

We will have to see what this decision is and what path Payton chooses in order to achieve the dreams he has always had. However, there is bad news for the fans. It’s that the new installment won’t have as many soundtracks/musical moments as they were in the first one. (check: Amazon Prime’s Homecoming Season 3 Release Date, Cast, Trailer, Plot and All Details You Want To Know.)

When will The Politician season 2 trailer release?

There have been a few images that were released to the public. However, as of now, the trailer has not come out. We may see it soon. We will update you as soon as we see a trailer. However, you can check the trailer for season one below. 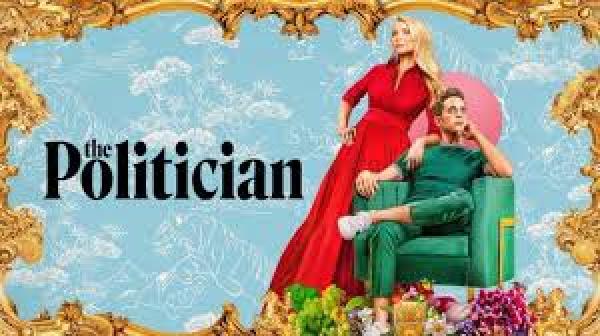 How many episodes will there be in season 2 of The Politician?

How many seasons of The Politician are there?

Releasing five seasons each with its own election campaign was the original plan. Does this mean The Politician will end with the presidential election in season 5? Well, we are not sure though. The recent decisions of Netflix have made us skeptical of expecting too much as it has recently canceled some of its high profile shows like The OA, Tuca & Bertie, etc.

There seems to be a possible danger even though the network has put a high budget for the show. If the show fails to bring in lots of success in every manner, Netflix may make an axe fall on it.

Is there The Politician season 2? Release Date:

Netflix announced the show, and it premiered in 2019 and it was said by the creators that they want to bring this show back in a year. As of now, the release date for season two has not been announced. The production began in November 2019. So, it looks like the show won’t be delayed and we will be seeing it by August or September 2020.