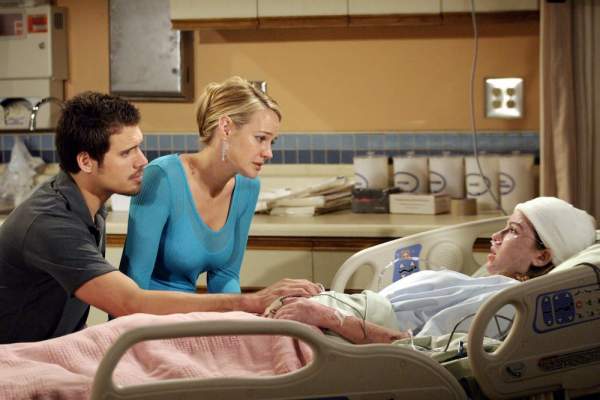 The Young and the Restless spoilers show that Cassie Newman (played by Camryn Grimes) was one of the most loved characters of the soap opera. When the creators killed her in the series, the audience protested against it.

This is so because Cassie was a beautiful girl who experienced difficulties in the early stages of her life but later she found everything with love and happiness. Now, her death has risen the most anticipated question: how did Cassie die on the Young and the Restless?

The Young and the Restless spoilers: How did Cassie Newman die?

She dies in the episode which was aired back on May 24, 2005, but it still has the emotions to make the viewers cry. It simply shows a parent sitting in front of their child dying and unable to do anything for her.

The character, Cassie started appearing in the soap in 1997. She died after a dangerous car accident and that time she was just 16 years old and didn’t have any driving license. She drove the car because Daniel Romalotti was drunk.

This scene happened when she went to a party without telling her parents Sharon and Nick Newman. She lied because her parents will not let her go as she was younger than other people at the party.

Cassie was kind-hearted and when she saw Daniel over drunk then she decided to take the steering and drive but that was not a good day for her.

After the accident, both of them searched for a nearby hospital and after some time she left her bed to know the status of Daniel. But she didn’t make it and with hours of struggle, her soul left the body with her parents sitting with her.

The story doesn’t end here, Cassie once promised her parents that one day, they would see another daughter. This is the turning point that you can consider as the actual spoiler as Camryn Grimes returns back as Cassie’s twin.

In 2014, Mariah Copeland, a new character enters the show as Cassie’s twin and Sharon was shocked that how could this be possible?

Mariah was actually given for adoption without letting know Sharon about this. When Mariah came into the episodes, initially she opposed her mother but with time their bond became stronger than ever.

As of now, the mother-daughter relationship is outstanding and Mariah has been doing every effort possible to help fight her mother against cancer.