Q4 of 2021 is heating up; President Dana White and the UFC matchmakers have worked hard to create a plethora of exciting martial arts contests for fans to look forward to. Let us waste no time as we delve into some of the most intriguing UFC matchups you cannot miss.

The Ultimate Fighter’s reality showed returned to our screens this year; whilst delivering a profusion of newly talented prospects; the show has provided the perfect build-up for the show’s coaches Alexander Volkanovski and Brian Ortega.

The defending featherweight champion Volkanovski will put his title on the line at UFC 266 against a worthy challenger in Brian Ortega.

City Kickboxing standout Volkanovski has remained undefeated since joining the UFC roster in 2016, boasting a 9-0 record and a championship-winning fight over Max Holloway has proven the Australian native as a highly talented competitor. 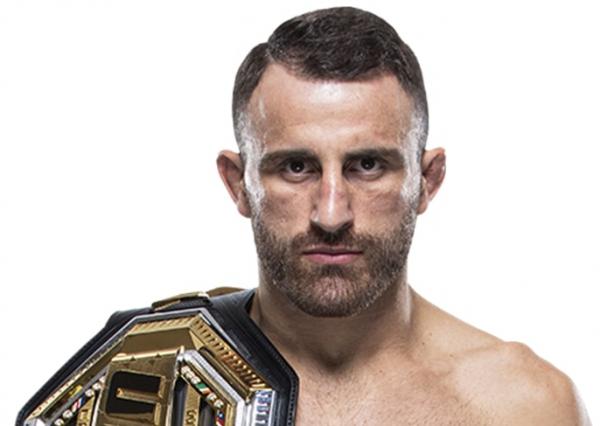 15-1 Brian Ortega suffered his first professional loss to Max Holloway, but a comeback-return and successful victory over Chan Sung Jung put him in position as the rightful contender.

Ortega is renowned for his lethal Jiu-Jitsu offense, whilst Volkanovski is quite the opposite possessing a dangerous striking skillset. The bout was initially scheduled for March 2021, the anticipation has been painful, but we don’t have to endure the wait much longer.

There won’t be any title implications or number one contender places involved, but Nick Diaz versus Robbie Lawler II has been seventeen years in the making. The two first met in 2004, which is a legendary battle that has been engraved into long-term MMA fans memories. And finally, the rematch has been made.

In addition, the return of Stockton’s finest Nick Diaz is enough reason to celebrate alone. Diaz and Lawler aren’t fighting in their prime, but we can be guaranteed a fight of the night worthy performance.

Despite the oddsmakers at DraftKings sportsbook providing a juiced opening line in favour of Islam Makhachev, it shouldn’t deter your excitement from this barnburner of a matchup.

Lifelong friend and teammate of Khabib Nurmagomedov, Islam Makhachev, will receive his first relevant matchup inside the UFC’s top-ten rankings. After multiple fighter’s turned down a fight with Islam, former champion Rafael Dos Anjos has stepped up to the plate.

Makhachev hopes to follow in the footsteps of his friend Khabib and become the next domineering fighter out of Dagestan. And we cannot deny that his potential to become one of the lightweight divisions finest is very real.

The return of Khamzat Chimaev has been on the mind of UFC fanatics since his cancelled bout with Leon Edwards earlier this year. The contest with England’s #2 ranked welterweight was rescheduled on three occasions to no avail, as lingering effects of COVID-19 has side-lined the famous Russian fighter.

A twelve-month layoff and Chimaev has finally resurfaced to tackle the #11th ranked Jing Liang Li. Chimaev defeated two fighters within ten days the last time we witnessed him compete, so the one-year wait has been unbearable.

The Russian possesses an extremely diverse skill set and a 9-0 professional record that’s provided nine finishes inside the distance. Chimaev has never reached the judges’ scorecard and could potentially become a superstar of the future.

This will be the second straight rematch for Usman (19-1), facing an opponent he overshadowed during their first encounter. Firstly, Jorge Masvidal earned his rematch but was quickly disposed of thanks to a right cross in round 2. The outcome came as a surprise to most, as the wrestler was expected to take care of Masvidal by utilizing his elite wrestling base. But an ever-evolving stand-up game proved worthy against one of the divisions most decorated strikers.

Now, Covington will have his opportunity to seek revenge on the Nigerian native; the two will run it back at UFC 268 on November 6th at Madison Square Garden.