The Courier Daily News
Home COVID-19 What is mass testing for COVID-19? Chinese City of Mudanjiang Orders After... 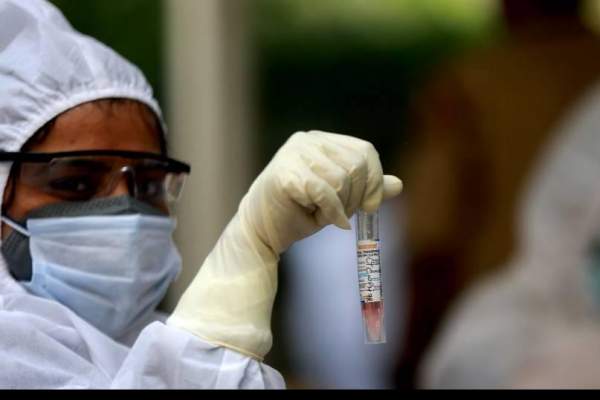 What is mass testing for COVID-19: It’s been many months since the whole world is facing the most dangerous pandemic. The human race fights back against this by obeying cleanliness and social distancing.

Recently, a Chinese city named Mudanjiang in the province of Heilongjiang which is close to Russian borders.

The authority of the city ordered mass testing for COVID-19 for a population of 2.8 million. This city is the second after Wuhan (the first epicenter of the virus) to implement this type of check-up.

On Wednesday, China’s National Health Commission (NHC) reported one imported case in Guangdong Province. And the total number of cases in the country has reached to 83,027.

The government decided for checking up each resident in Mudanjiang mainly because, in the month of April and May, some Chinese residents traveled from Russia through the land border.

And the province of Heilongjiang is reported to have red hot zones for the infection. So, to control the spread, they decided for mass testing.

What is mass testing for COVID-19?

Basically, as the term itself suggest that its the check-up for all. This means that a particular portion of the population mainly a city or province is chosen.

Then each and every resident of that area is tested for COVID-19 which will help in knowing exactly how many people are infected.

Well, those infected will be treated according to the new medical lead available for the virus, and doctors try to cure them.

This will help in making the selected area coronavirus free. With this practice, a nation may become virus-free.

This type of testing has already been done by the Chinese government in Wuhan which is the first epicenter of the virus.

They got positive results in slowing down the spread of the virus in the city after the mass testing.

Now, once again they are trying to achieve a similar kind of success for the recent cases that increased in the country.

Does a country other than China try the mass testing for COVID-19?

This mass testing is not a new thing in the field of medical science. The doctors have tried it already in the small town of Vò Euganeo in the Padua province of Italy.

On February 22, 89 positive cases are reported in the region and after some weeks, each resident is coronavirus free.

Vò Euganeo is just a small town having a population of 3,341 people. The governor of the Veneto region has decided to test everybody in the town twice.

The first testing was done before sealing the area from the rest of Italy and the second one after two weeks.