All four Minneapolis, Minnesota police officers – Thomas Lane, Derek Chauvin, J Alexander Kueng, and Tou Thao – have been charged for aiding and abetting the death of George Floyd. MPD ex-officer Lane has just been released on bail. However, he will have to face 40+ years in prison if convicted of 2nd-degree murder.

UPDATE 6/10 6:00 p.m. EST: On June 10, 2020, Thomas Lane was released on bail as per the documents of Hennepin County Jail. He was able to post his bail amount of $750k which he received from the donation website set up by his family. The funds were raised for his legal defense team. Thomas is on conditional bail. If he gets proven a convicted, he will face a maximum sentence of up to 40 years in prison.

UPDATE 6/5 3:00 pm EST: The Minneapolis took the decision to ban the use of chokeholds by police after two days of Thomas Lane, Tou Thao, and J Alexander Kueng getting charged with aiding and abetting second-degree murder & manslaughter. The decision was taken after voting held in the Minnesota Department of Human Rights.

The agreement states that an officer is required to report the other police officer, who is engaged in the use of chokehold or neck restraint, to their commander or their commander’s superiors. If necessary, they can intervene verbally or physically. If any police officer present on the scene doesn’t report and intervene, they could face the same punishment as for the other officer committing the prohibited action. The same agreement also states that the police chief or a deputy chief must authorize any use of chemical agents, rubber bullets, flash-bangs, batons, and marking rounds in case of violent public protest only.

George Floyd, 46-Year old African-American, was killed by four Minneapolis Police Officers while arresting Floyd for an alleged forgery of $20 bill. All of the concerned officers are now facing 2nd-degree murder and manslaughter charges including Thomas Lane.

Thomas cuffed George initially, then grabbed him by his neck and handed him over to the Derek Chauvin who knelt on Floyd’s neck and killed him eventually. Thomas Lane, 37-year-old, ex Minneapolis Police Officer (MPD), was charged with aiding and abetting 2nd-degree murder and aiding and abetting 2nd-degree manslaughter by helping restrain George Floyd.

On June 3rd, 2020, the Minnesota Attorney General, Keith Ellison, imposed new charges on all the four ex-officers, he said “We’re deeply saddened by the loss of George Floyd. He should have been alive today but unfortunately, he is not. Today I press charges against the ex Minneapolis Police Officer Derek Chauvin with 2nd-degree murder. The evidence delivered has shown concrete proofs of manslaughter.”

“Arrest warrants have been issued for the three ex MPD officers, J.A Keung, Thomas Lane and Tou Thao. Also, I would like to mention that I press charges against the three officers for aiding and abetting in a second-degree murder case. I hope these developments would bring justice for the family.”

NOTE: In case you did not know, aiding and abetting for a 2nd-degree murder means up to 40 years in prison and for 2nd-degree manslaughter up to 10 years.

George Floyd’s death caused great havoc in the country, demolishing a large chunk of infrastructure while people gathered in million on the streets demanding to ameliorate the police laws. The killing of one more black person ignited rage among citizens, protestors roamed the entire country to reform police laws. Check out the background of Thomas Lane.

Lane studied the graduation at the University of Minnesota from 2014 to 2016. He completed majors in Sociology of Law, Criminology, a Deviance from Century College.

According to an anonymous relative of Thomas, “he is compassionate and amusing and insightful”, the relative said during an interview with Star Turbine. (check: Who is Derek Chauvin?)

Work Experience – Thoma Lane attended 12 different types of jobs during his career. The work fields range from telemarketer, bartender, waiter, security, and many other low-profile jobs.

Lane has involved in volunteering activities since 2012 – present. He worked with Bel Air Elementary Mentoring Program which involved working with at-risk kids on homework and school activities. He devoted 3 hours every week with this program and retired in 2014 due to unknown reasons.

When Did Thomas Lane Join the Minneapolis Police Department?

The former police officer joined the MPD in February 2019, graduated as a police cadet in March 2019, and served for over a year before being fired in the racially charged case. Experience wise, he is the second-youngest of the four ex-police officers.

Considered much older than most rookies, Thomas Lane joined the force at the age of 36.

Thomas Lane is being supported by protestors to drop a few of his charges weighing he lacked experience as a police officer and followed commands of the Senior in-charge. Lane followed the orders of 19-year experienced officer Derek Chauvin, Lane had been repeatedly asking Derek to b

According to charging documents, he said, “should we roll him on his side”, “I am worried about excited delirium or whatever,” to Derek and Derek responded with: “That’s why we have him on his stomach.”

Thomas Lane’s Rank/Position was of an officer/cop. The reason officers did not stop Chauvin is probably because he outranked all the three. (check: Anonymous: Princess Diana Was Killed/Murdered By Royal Family? Death Tape & Documents.)

How Is Thomas Lane Related To Geroge Floyd’s Death?

Lane arrived first at the scene at 8:08 PM when a shopkeeper dialed 911 and reported a ‘$20 counterfeit bill scam’ by George Floyd.

The ex-officers Lane and Keung rushed to the scene, pulled out George from his black car, as recorded by the security footage of a camera placed outside the shop. (check: Anonymous Leaks Michael Jackson Spoke About His Fear Of Being Killed Over Phone Call To Dieter Wiesner.)

Thomas removed Floyd from the, dragged him to the sidewalk, cuffed him, and then tried to put him in the police vehicle. To which George did not comply and he lied face down on the road.

Officers Derek Chauvin and Tou Thoa arrived at 8:14 in a different vehicle. The entire time Floyd was being knelt on his neck, Thomas kept control of Floyd’s legs while Keung held George’s back. (check: Thomas Lane Criminal Record.)

No Complaints Under His Name

Thomas Lane had no complaints registered by the community members against him. Contrary to Derek Chauvin’s 20 complaints and 2 letters of reprimand, one for his each service year. (check: Anonymous Links Naomi Campbell & Donald Trump To Jeffrey Epstein (Documents).)

Who is Thomas Lane Attorney/Lawyer?

Earl Gray from Earl Gray Defense attorney firm is representing Thomas Lane. You can read about the whole case here at the following link -> https://www.ag.state.mn.us/Office/Communications/2020/docs/Complaint_Lane.pdf

Who is Thomas Lane’s Wife? Is He Married?

Yes, the former Minneapolis Police Officer married in 2018. But the identity and names of his children and spouse are not yet revealed. 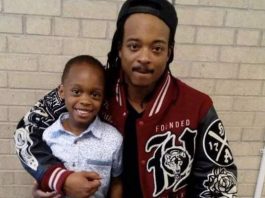 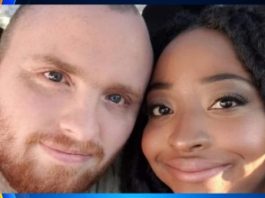 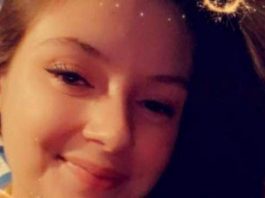