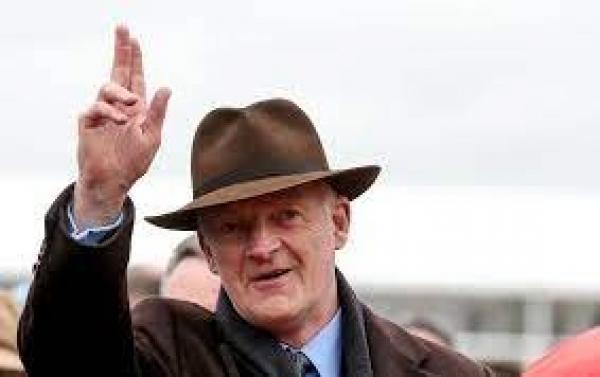 Irish trainer Willie Mullins has had a season to remember in National Hunt horse racing. It could end as one of the best of his career, which would be some achievement given how much success he has had in the sport.

The Irishman is used to saddling winners in the big jumps races in the UK, Ireland and France. He went into the 2022 Cheltenham Festival as the most successful trainer in history. He extended his record at the meeting with 10 winners across the week. It brought his tally up to 88 at the meeting.

With a lot still to play for in the final weeks of the jumps season, Mullins’ campaign may get even better. He goes into the Aintree Festival with some of the leading contenders, including Burrows Saint, who is +200 in the betting on Grand National. The chaser finished fourth in the race in 2021 and he is fancied to put up a bold bid again.

The Punchestown Festival is another major meeting that Mullins often triumphs at. Many of his Cheltenham stars are likely to appear for one last shot at a big prize before they are given a rest over the summer.

Energumene the Pick of Cheltenham Winners

Although all ten of his Cheltenham Festival winners would have felt special to Mullins, it will be the Queen Mother Champion Chase which is likely to stand out the most to him. Energumene won one of the strongest renewals of the two-mile chase for a number of years.

The Irish chaser was able to defeat the likes of Shishkin, Chacun Pour Soi and Nube Negra to land the day two feature. Surprisingly, it was the first time Mullins had lifted the trophy in his career. It now means he has won all four Championship races at Cheltenham at least once.

The performance Energumene was able to deliver at the Festival was a testament to how well Mullins had trained the horse. He was at the very top of his game and ended up being far too good for his rivals.

Allaho’s successful defense of the Ryanair Chase will also have pleased the Closutton-based trainer. The leading 2m4f chaser became only the second horse in history to win that race more than once.

Victories for Stattler, Vauban and State Man will give Mullins a lot to be excited about next season. They have proved to be some of the leading novices in the sport and should have a very bright future ahead of them.

UK-based trainers Paul Nicholls and Nicky Henderson have dominated the British Trainers’ Championship for the past couple of decades. This year, the destination of the trophy could be decided on the final weekend of the season.

Mullins is one of four trainers still in with a strong chance of becoming Champion Trainer. To be successful in the championship when he is based in Ireland would be a huge triumph for the man from County Carlow.

Although Mullins has had far fewer winners across the season than Nicholls, Henderson and Dan Skelton, it is the prize money he has earnt at the big meetings that has put him in contention at this stage of the campaign.

If he remains in with a chance of winning the title, we could see more of Mullins’ horses than usual travel across for the season finale at Sandown. The feature race on that day is the Grade One Celebration Chase and it is worth £115,000 in prize money.

Whatever happens from now until the end of the season, Mullins will be very proud of how well his horses have fared. He will be hoping he can replicate, or even better his tally in the 2022/23 campaign.