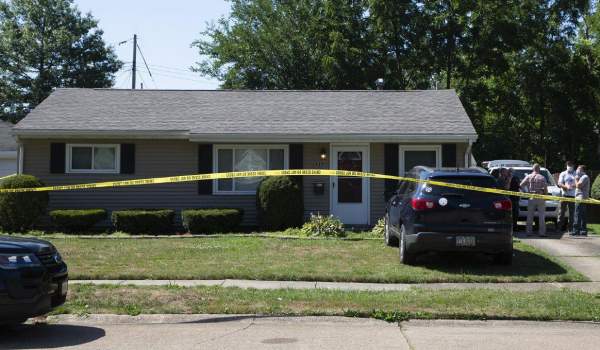 In a Willow Park Road home in Elyria, Ohio, 5 people found dead which as per the reports suspected as a murder-suicide. On Wednesday around 8:11 am, the Elyria Police Department has reached the spot at the 530 block of Willow Park Road and did the wellness check.

The police Capt. Bill Pelko said they found five people who right now determined as family members were dead inside the home. Apart from them, even the family dog is also dead.

The incident is under the investigation of the Lorain County Coroner’s Office. Out of those 5, three were children between the age of 6 and 12, the other two are adults.

The police checked the whole house and they only found one sign of outside intrusion; on the east side of the house, two splinter marks in the vinyl siding. But the police investigation revealed that those marks are created because of the gunfire from inside.

Linda Bristow who lives two houses away from the family. A member of the concerned family and her son work together. After he didn’t see him at the workplace he went to the house and found some bullet casings. Knowing this, he called the police.

Bristow heard the gunshots and screaming of the children but thought they might be of some Tuesday fireworks. And kids might be in the pool. She said, “Now I know why they were running around screaming.”

She said she knows the family for a long time, she is been to birthday parties and helped them various times. During the July 4 weekend, she said her son helped the family in putting a new roof of the house. As of now, the names are not revealed.