A discovery of witches has been renewed for season two and three. It doesn’t come as a surprise given the fact that the show received an amazing response from the audience. Drawing around two million viewers just hit the right spots for the show.

It is based on the All Souls Trilogy written by Deborah Harkness. Since the first volume of the book has been brought to life, we have the two remaining volumes coming back. Let’s find out what is in store for season two.

Who is in the A Discovery Of Witches Season 2 cast?

The show’s protagonist Teresa Palmer will be reprising her role as Diana Bishop. Matthew Goode will also join the cast as Matthew Clairmont.

There are also going to be new additions into the show like Tom Hughes as Kit Marlowe, Michael Jibson as Emperor Rudolf II, Steven Cree as Gallowgas De Clermont, and James Purefoy as Philippe De Clermont.

What is the A Discovery of Witches Season 2 plot?

Sky gave little hints towards what we can expect in the coming season. Diana and Matthew are hiding in captivating and precarious Elizabethan London. Here they will have to find a strong witch teacher who will help Diana control her magic and find the Book of Life.

In Oxford Marcus and Miriam take responsibility for taking care of Nathaniel and Sophie whose pregnancy is growing. While Gerbert, Knox, Satu, and Domenico are determined to find out the mysterious disappearance of Diana and Matthew.

When is A Discovery of Witches season 2 release date? Premiere

Sky has set the release in 2020. However, an exact date of release has not been announced yet. Shooting began in July 2019 and as of January 7th, 2020 it was announced that the shoot was going to finish in two weeks. The shoot for the show ended before the pandemic could affect the show. (check: Drifters season 2.)

However, it is unclear if the post-production is being affected because of it or not. Although Steven Cree mentioned that the release of the show won’t be impacted. So, we will see the show this year. It is still unclear when we will see it. (check: Amazon Prime’s Carnival Row Season 2 Release Date, Cast, Trailer, Episodes, Plot & Everything We Know So Far.)

A Discovery of Witches Season 2 Trailer

As of now, the trailer has not been released. It is likely we will see the trailer a few months before the release of the show. So, we will have to wait for that one. However, you can check the trailer for season one below.

How many episodes are there in season 2 of A Discovery of Witches? 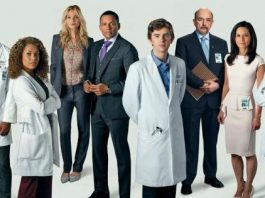