Adele, the 32-year-old British singer, and songwriter shared some pictures with fans showing herself singing in a microphone. She also shared her dramatic weight loss results and there is storm kind of thing going on among her fans.

But she showed a mysterious smiley emoji as a caption which made fans curious about her new song. Before jumping into the new music release update, let’s just have a look at pictures showing ‘Adele before and after her diet’.

Adele before and after her diet

Here are some before and after pictures of Adele showing her dramatic weight loss 2020: 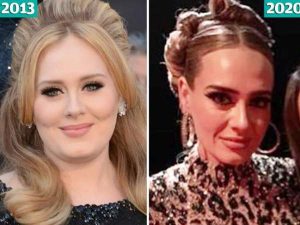 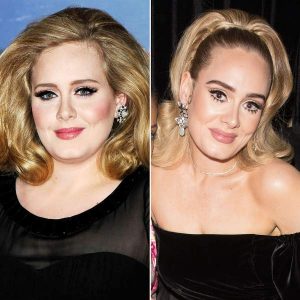 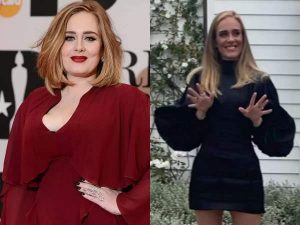 She has done a fabulous transformation which shocked her fans and the whole industry. Now, let’s jump into the music release news that is spread all over the internet. (Also check: Yung Miami Baby Daddy Jai Wiggins Funeral Pics: Yung Dresses Up in White, Who is Yung Miami Baby Daddy?)

Adele tells fan to ‘be patient’ for new music, ‘Corona ain’t over’

Adele in her recent Instagram post showed her holding a microphone and captioned it with a smiley. Seeing this, a fan commented, “Teaser? Albums coming out today???!!!! Tell me now!!!!”. Here is the Instagram post,

But when she grabbed her attention to the comment then she wants to close the rumors about the new music asap. She replied and asked the fan to “be patient”. “Corona ain’t over. I’m quarantining. Wear a mask and be patient,” she said.

This means that there is whole lot of wait for the new release. And when she once performed at the wedding of her best friend, she announced to the audience, “expect my album in September.”

Also, Nicki Minaj in an interview with Entertainment Tonight said, “Adele made me swear to secrecy that I’m not allowed to tell anyone that I’m working with her.”

The fans are anticipating the release news because Adele haven’t released new album since 2015. The last album she worked on includes epic songs like “Hello” and “Send My Love”. She already won the Grammy awards and the 2015’s album, ’25’ also got the title of Album of the Year.