The Ahiru no Sora episode 33 is approaching fast to be released online. Basketball has an active topic in some of the most-watched animes around the world. The game continued on the court, but the result wasn’t disclosed. Now, in the upcoming episode of the anime, we would get to know what actually happened.

The actual condition of mother of Sora will also be revealed. Here, we have come up with all the information that we have collected so far about the forthcoming episode of Ahiru no Sora. To get more details about it, just scroll down and deep dive into the chapter. Just to tell you, we may have spoilers on this page, so proceed at your own risk.

As you know, every production has been affected due to the ongoing coronavirus outbreak. The same is the case in Japan. Fortunately, somehow, the Diomedea Studio is managing to new episodes as per the regular schedule.

If all goes well, we will see AnS 33rd episode on May 27, 2020, at 6 pm JST. The show premieres in Japan, so we have mentioned Japan’s timezone. Therefore, you will need to convert it in your local timezone to catch it at the earliest.

The fans of this basketball anime series would be able to catch the new and old episodes exclusively on Crunchyroll and HiDive. If you want to get its English dub version, then you have no choice other than just waiting for it to arrive. The English dubbed version usually airs a few days later.

In case, you are not able to catch the new episodes as per the scheduled date and time, then we will recommend you to check out the official media partners/channels of the series. They will provide you the updated information if there is any change in the plans. We always try to update you here at the earliest. 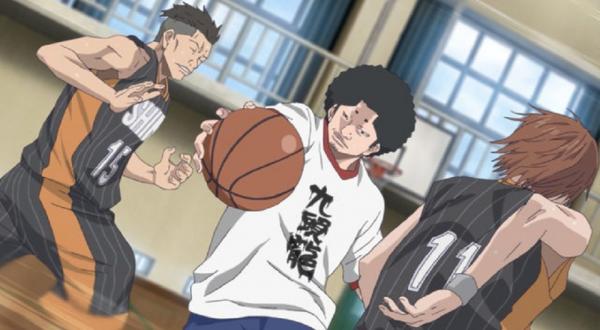 Sora talked to his mother in the hospital. Yuka asked him why he is wearing the jersey, while knowingly ignoring herself and pretending to be completely fine. She asked him about his plans if he has got an opportunity to play in a real game. She knew that Sora didn’t know if she had watched the match.

To talk, she ignored the fact that she had watched him playing. To answer her, he said that he played well on the field. Then, she asked him if they were successful in winning the match, to which Sora replied positively. But, it doesn’t seem to be the actual case. The flashbacks will be featured.

After watching the last episode, we got to know that free throws were missed by our protagonist’s team, but the opposition was successful in catching the ball. Sora tried his level best, but couldn’t stop the shooter. As a result, the shooter ended up making a basket. It forced both the teams to play in the overtime.

But, things didn’t go well in the overtime as the team of our protagonist, Kuzuryu High lost to Shinjitowa Academy with a score of 90-104.