The President of the USA, Donald Trump had to take refuge in the underground bunker of the White House as hundreds of protestors gathered outside against the killing of African-American George Floyd. Secret Service agents took this step in order to ensure the president’s security.

Some of the protestors even threw stones and tugged at police barricades. Trump had to spent nearly an hour inside the bunker amidst the protests. Originally, the bunker was designed to be used in case of emergencies like terrorist attacks as told by a Republican, close to the White House, anonymously.

It was an abrupt decision taken by the agents of the secret service. Along with law enforcement officers, they struggled for a while to control the crowd. However, the protestors’ chant could be heard, all weekend, from Lafayette Park inside the White House. People showed their outrage after the death of George Floyd.

It was not a normal death, but Floyd, a black man was killed by pinning at the neck by a white Minneapolis police officer. This brutal murder triggered protests all over the country. Eventually, these protests turned violent. It came as a surprise to the officers. It also became one of the highest alerts on the White House complex since 9/11 in 2001.

On being asked about the security protocols, decisions, and protective operations, the White House spokesman Judd Deere and the Secret Service, both, denied giving any answer. They bluntly said that they don’t want to comment. On Friday night, the protest started at around 10 pm ET and was calmed down by 3:30 am ET on Saturday morning.

However, we do know that Trump and his family were shaken to their core by the violence of the crowd. We don’t know if first lady Melania Trump and her son Barron joined Donald in the bunker. As per the protocol of Secret Service, the agency has to take all under its protection in the underground shelter.

President Trump has said that he takes care of his security. He has also praised the security measures taken by the Secret Service, both publicly and privately. On Saturday, he went to Florida to witness the first manned space launch from the US in nearly a decade. 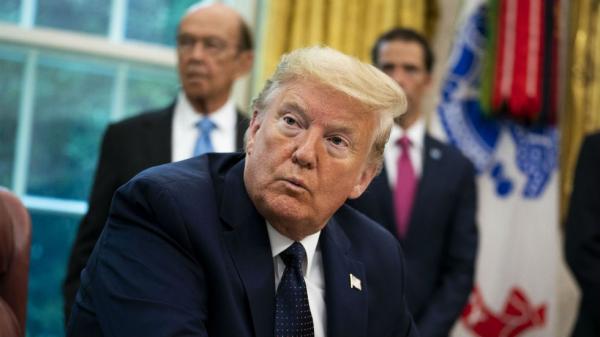 Read: Anonymous: Princess Diana was murdered by the Royal Family

But, he had to make it back to White House under virtual siege as there was violence just a few hundred yards away in the night. Then, the protestor returned to demonstrate on Sunday afternoon. They faced off against police at Lafayette Park into the evening.

On the other hand, Trump tried to keep up with his strength and self-esteem by posting inflammatory tweets and attacking demonstrators in the time of such a serious national crisis.

After Floyd’s death, several mishappening and violence have been noted. At some places, people looted stores and cities kept on burning night after night. The media showcased those violent videos and images on television screens.

However, to ease tensions, the advisers of Trump discussed hosting an Oval Office meeting. But, this idea was quickly scrapped as they had no proper proposals and even the president himself didn’t show much interest to unite people.

Trump was supposed and expected to make a public appearance to give a unity message to the public. But, he didn’t come out. Instead, an unauthorized White House official said that Trump would come out in the coming days to draw distinctions between the legitimate anger of peaceful protestors and the unacceptable actions of violent agitators.

Trump seems to be likely the tweeting game. A conservative commentator, Buck Sexton had encouraged the authorities to take action with greater force. Trump retweeted the same tweet on his official twitter handle, on Sunday. Sexton’s message got amplified after Trump’s retweet.

Looking at the recent developments, the National Guard and the Secret Service and the US Park Police have reinforced the security of the White House in recent days.

On the anonymity condition, a senior Justice Department official said that the Justice Department had deployed the US Marshals Service personnel and the Drug Enforcement Administration’s agents to increase and strengthen the White House’s security.

Update: 200 years old Church in Washington was set on fire during protests.