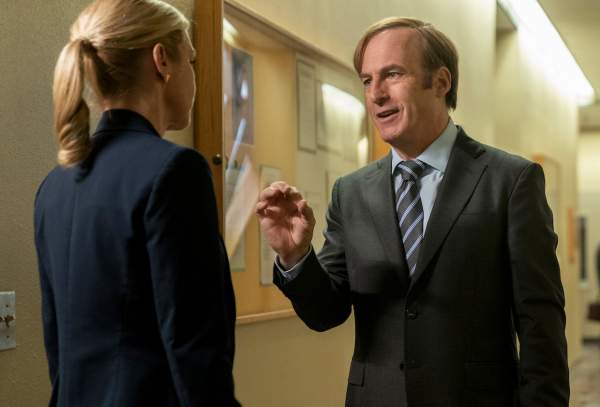 Better Call Saul Season 6: The American television crime drama series has just aired their season 5 finale episode on April 20, 2020. Due to lots of cliffhangers, every viewer is asking when will the next season release? Is it renewed?

The show has got more than 95% average on ‘Rotton Tomatoes’ for each installment. With this kind of potential, the creators renewed the season 6 officially. Some rumors are saying that the production is delayed due to coronavirus. (Also read: ‘The Simpsons Season 31’ Episode 20.)

But the creators busted those myths and revealed that they are busy in pre-production works. Writers are working hard for the scripts to get ready asap. As the scriptwriting completes, the production will start soon.

As of now, we could expect the release date by mid-2021. This much time is natural for a season. We will update this as soon as the producers of the series reveal some news.

Better Call Saul Season 6 Trailer: Is there any trailer out?

The installment is in the pre-production stage, at this time, even a teaser is not available. But we have a 5th installment trailer video below:

Earlier, in season 5, we have seen that Lalo discovered that the culprit behind the failed murder attempt was Gus Frig. Based on this, we may see issues developing between the members of Cartel.

And in addition, we all know that Gus will be there till the end of the upcoming series. We may see some interesting twist that could happen with Nacho and Lalo. These are just the expectation, as the scriptwriting work is in progress, it’s hard to say anything exactly.

Peter Gould, co-creator said, “The fact is we didn’t have much of a view of it either. During the breaking of season 5, which you guys saw, the fog started to lift.”

“We just began working the last few weeks. And it is going to be a really big, big season. Some things are going on in the writers’ room that I’m really excited about. We’re hoping for the last season not to be an anti-climax. Dangling over everything is the fact that I was so pleased with how “Breaking Bad” ended,” he added.

This installment is also going to be a masterpiece, as the man behind the scripts of Breaking Bad, Vince Gilligan has the pen in hand. This show will not disappoint and will get high ratings and the best word of mouth from the fans. 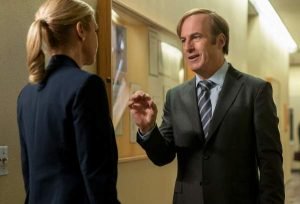