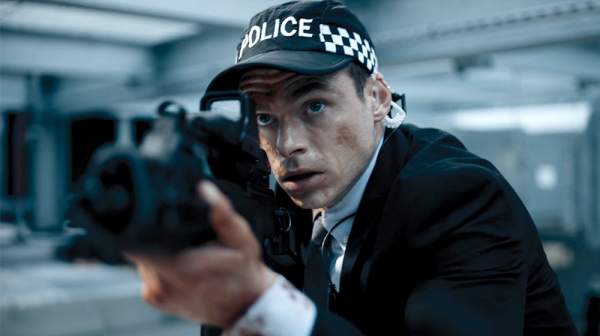 The whole of the UK and the worldwide audience are still waiting for the second season of the BBC drama ‘Bodyguard’. The first episode was premiered on August 26, 2018, with a total of six episodes, that ended on September 23, 2018.

Bodyguard is a political thriller drama. It stars Richard Madden as Police Sergeant David Budd who is a war. And assigned to protect the Home Secretary, Julia Montague, played by Keeley Hawes.

It is almost two years since the series first released and therefore the fans are excited and inquisitive to know if there is a season 2.

Will there be a ‘Bodyguard’ Season 2?

Jed Mercurio the maker of the ‘Bodyguard‘ had always dropped hints here and there. Mercurio confirmed the 2nd installment on Twitter in 2019 With a tricky tweet. So to cut the long story short, we are going to get a second outing.

However, the story or the time of the release is not yet confirmed. The reason behind is not just the undecided script but also the world’s condition due to Coronavirus. Similarly, the show ‘Line of duty’ had also come to a halt in the middle of the shoot because of the pandemic.

Will ‘Bodyguard’ continue after Season 2?

Well, the rumors suggest that if the second season goes well with the audience and receives the same popularity, the makers will clear the way for Season 3 and 4.

Obviously, the story is out of our reach at the moment and it’s a long way to go since the 2nd outing has neither been officially announced nor it has been renewed.

‘Bodyguard’ Season 2 Plot: What will the upcoming installment possibly offer?

The finale of the first season ended with David finally accepting counseling for his PTSD after proving his innocence and almost getting himself killed with a bomb vest. The second season might show David Budd in the future.

Because both, Mercurio and Madden find the plot of what happened to Budd very interesting. Well, these are just raw ideas but they could take a turn for the good in an actual script.

‘Bodyguard’ Season 2 Release Date: When will the new series premiere?

If we were not in the midst of the COVID-19 pandemic, then we would’ve fussed the release date to be around in 2021 but the production of ‘Line of duty’ was also halted and therefore, an uncertainty lays regarding the whole production-release scenario.

However, since it’s been a long time you could always go back to Netflix and binge-watch all the episodes. Yes, I know. It’s just 6 episodes but what you don’t know as you could also go and watch ‘Line Of Duty’.

Still, the release date is expected to fall around late 2021.

‘Bodyguard’ Season 2 Cast: Who would be joining the cast?

Richard Madden is definitely on board. However, we are not sure about Keeley Hawes since she dies in the bombing that took place at the university. At the same time, a whole lot of fans believe that Julia is still alive.

Now, that will be an interesting turn of events since she literally returns from death. And even if she doesn’t we might catch a glimpse of her in some flashback (if there are any).

To put an end to all of our information, we will be happy to pass on further information whenever there has been an announcement or the news of renewal hits. Till then, as I’ve said you could watch the first season of ‘Bodyguard’ or ‘Line Of Duty’.