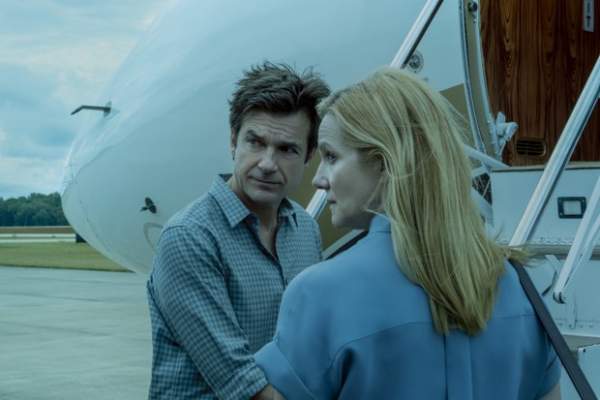 Ozark is a crime drama web television series that revolves around the Byrde family who locates themselves from Chicago to Ozarks, Missouri. The Byrde family consists of four people: Martin aka Marty, his wife Wendy, and their two children Charlotte and Jonah.

Marty is a financial advisor and also a money launderer working for a Mexican drug cartel. But he has to relocate with the family to Ozarks when a money-laundering scheme of his goes wrong.

No official statement has been announced by Netflix yet but it will be sad to kill such a popular dramatic series on assumptions. Moreover, the showrunner himself (Chris Mundy) has once said that Ozark should run for around five seasons.

He further added, “We’ve always talked about it as five seasons,” even though they could alter the number of seasons according to the popularity. But they felt that ending the series on season 5 always sounded like a good number.

However, it is Netflix’s norms to wait until the second, third, and fourth week after a show-premiere to gather the data. They calculate if there is an audience interested to justify another season and has the potential to garner the same type of popularity or not.

‘Ozark’ Season 4 Streaming Details: Will Netflix be the streaming partner?

Well, it’s a long procedure. First, we will receive an official statement upon the upcoming season of the series. Second, the writers will do their magic then begin production. And lastly, the shoot will have to be completed and assembled to launch it finally.

Undoubtedly, whenever this process is unified, I believe Netflix will be the streaming partner since ‘Ozark’ has been nothing but a success.

Now what we’re not sure of is how long this procedure might actually take. Every piece of creativity, whether it’s a script or direction, it takes time to present something on an electronic device or screen.

Usually, a script takes months to perfect and still there are scenes improvised on the set if it doesn’t feel correct.

‘Ozark’ Season 4 Release Date: When will the new series premiere?

The UK has implemented its own safety measures to control the spread of coronavirus. The government of the USA might also follow in its footsteps which leads us to the stage of uncertainty regarding the release dates of the episodes.

Hopefully, fans will entertain themselves by watching the older episodes so that they don’t forget about this exciting new season.

Still, we can expect the release date to fall somewhere after mid-2021.

‘Ozark’ Season 4 Plot: What is supposed to happen next?

The trio: Marty, Wendy, and Navarro will be working more with cooperation. The Byrdes will also have to deal with the consequences when they made the choice of licensing Ben’s death.

The decision was surely difficult since he was her brother but it was either him or her family on the torturous death bed. If Karma strikes back the Byrde Family, it will be on-edge and fun to watch.

(Also read: ‘The Good Place’ Season 5: Why do we not get another season?.)

‘Ozark’ Season 4 Cast: Who is starring?

There’s an estimate of the group of actors in the fourth season based on the characters who are still alive and breathing. Jason Bateman and Laura Linney will lead as Marty and Wendy Byrde whereas Sofia Hublitz and Skylar Gaertner will continue as their children, Charlotte and Jonah.

Furthermore, the audiences are speculating if the deaths of Helen Piece and Ben Davis were real or not. However, Ozark is a crime-thriller show and hence it is a little unreal for these characters to be alive unless the depiction and story are strongly convincing.

Although, Piece was shot in the head by Navarro himself so it is quite difficult to explain her return.