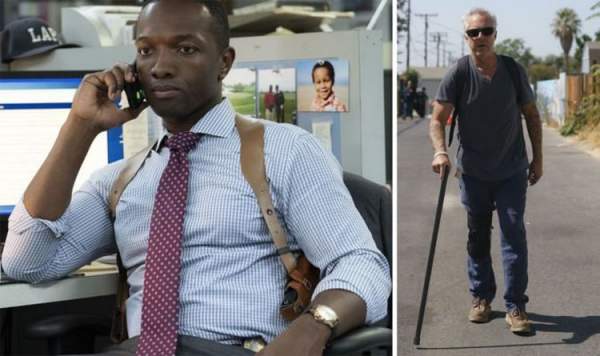 Bosch Season 7: The season 6 of the series was just out on April 16, 2020. And most of the viewers have watched it within a few days. Now, they are looking forward to another one. This is the story of every TV series lover.

It has made till season 6, only because of the love that it received from the day of its first premiere in 2014. It has the appreciating word of mouth and reviews of the audiences and critics. Moreover, it has secured a rating of 8.4/10 on IMDb.

“Rock-solid and frequently enjoyable show without ever making much of an effort to push boundaries,” said a critic.

The American web TV series, developed by Eric Overmyer is one of the best Amazon Prime Originals available. Before releasing it, Amazon asked the viewers whether to make it as a series or not and after analyzing the opinion decided to work as per the will of the audience.

All of the episodes till now are inspired by the famous Michael Connelly’s bestselling novels. Now, the question comes, whether Amazon will renew this series for season 7 or not. If yes, then what will be the expected release date?

Congratulations, Bosch season 7 was already renewed a long time before the premiere of the sixth installment. The creators of the series announced it on February 13, 2020, with a tweet. They revealed that one more season is required to finish the story.

Michale Connely said, “This began seven years ago with showrunner Eric Overmyer and me writing the pilot. We intend to write the ending episode together as well. We’ll leave behind the longest-running show so far on Amazon, and it will be there to be found by new viewers for as long as people are streaming.”

Bosch isn’t turning in his badge yet. #BoschAmazon is picked up for its 7th and final season on @PrimeVideo. Season 6 is coming soon. pic.twitter.com/A1QHTNPMZV

Only the renewal is confirmed nothing revealed about the production or filming status. Since they just announced and after this, the human world is under lockdown due to coronavirus pandemic. Everything is delayed for months.

Besides, we can just expect it to come on our screens by mid-2021.

As of now, there is nothing available to be considered as a trailer or teaser for Bosch season 7. But if you are new to this show then watch the trailer of season 6 below.

A new character, Lucia Soto, Bosch’s rookie partner, will be seen in this season from this book. They will work together on the mystery of mariachi performer murder. Besides the novels, Lucia will be seen working on her personal case of a wicked apartment fire.

She herself survived from the apartment fire that’s why she wants to dig deep into it. This time also, not everything will be from the novels or just a single novel. The creators are working on a somewhat mixed but entertaining story.

The reality of the world around will be exposed this time as they are going to cover the drug trades and the smart crimes done by the white-collars. This will be the final series, so, they will work even harder to make it best.

The cast member list is not out officially. But anyone can guess the list as most of the artists will be from the previous one. Here is the most likely cast members list: