Call Me Kat Season 1: Fox Entertainment has officially announced to order the series ‘Call Me Kat’, starring Mayim Bialik from the blockbuster Big Bang Theory show. Bialik will be working with her former co-star Jim Parsons, who is an executive producer of the show. (check: The Hunger Games Prequel Movie Release Date .)

The announcement came past Monday by the CEO of Fox Entertainment. He mentioned the production of TV’s new comedy show Call Me Kat and 911, 911: Lone Star. In addition, the shows The Great North and Housebroken, which have completed filming, will all released around the same time of the season.

The show is inspired by the BBC hit comedy sitcom, Miranda, by Miranda Hart. It is written by Darlene Hunt. And executive produced by Darlene, Hart, Bialik and Jim Parsons.

Call Me Kat features Kat (Mayim Bialik) as a 39-year-old unmarried lady who everyday struggles society with her lonesome character as it doesn’t match their perspective of a normal human being.

So Kat decides to put all the money she has saved for her marriage to buy a Cat Cafe. Thinking it might make her feel less lonely and change the mentality of the society.

In September last year, Fox announced that they are producing a show based on Miranda and it was titled Carla at that point in time. Late in February 2020, the entertainment giant announced the show’s name has been changed from Carla to ‘Call Me Kat’.

The show was being filmed in Los Angeles, but the production has come to stop due to the COVID-19 pandemic outbreak. The show is set to premiere in mid-season 2020-2021. Call Me Kat Release Date is not yet officially out given the circumstances. We can expect the show to release around Sep-Oct 2020.

But we cannot be sure of that, so stay connected for the latest updates. Charlie Collier, CEO of Fox Entertainment said in an interview, “The global pandemic leaves no industry undisturbed. And as a media agency, we have focused on releasing fewer shows but with much better qualities, during the upcoming fall season.”

Mayim Bialik featured in Big Bang Theory which garnered overwhelmingly positive reviews and had a run of 12 seasons from 2007 to 2019.

Jim Parsons said in an interview after the BBT ended, he had no clue what to do next and could he play another role as he has, for 12 years, stuck to the same character. American screenwriter Ryan Murphy told Jim he has a project on which both can work together.

In Parsons’s own words, “It was only a few months after Big Bang had ended. I’m not going to tell you what I was looking for, because I didn’t know. I thought I’d know it when I saw it. Then Ryan came along and that’s all I needed to know.”

Right now, the trailer is not available, we will update it soon. 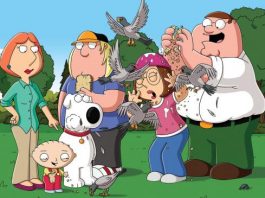 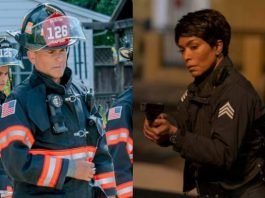 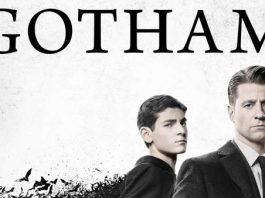 ‘Gotham Season 6’ Release Date, Plot, Cast: Is there any possibility...