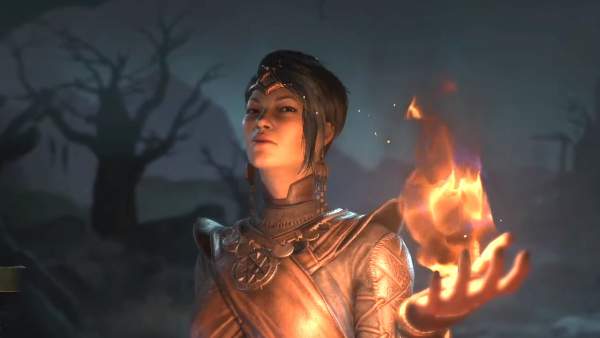 Are you waiting for a long time for ‘Diablo’ 4? Here we have everything you need to know about the game. ‘Diablo’ 3 was launched eight years back since then gamers are looking forward to next level adventure.

But finally, after lots of rumors and speculation, Blizzard made the official confirmation for the game at Blizzcon 2019. This time we will get the return of Lilith, the daughter of Mephisto.

‘Diablo’ 4 Release Date: When will the new game out?

Well, we have a piece of bad news that even after the announcement, our wait is not over. We won’t be getting it anytime soon. The director said during the Blizzcon 2019, he doesn’t expect the development to complete soon, “even by Blizzard’s standards of soon.”

In fact, it is also revealed that they are developing the game for Xbox One and PS4. This means we will definitely get the game within two to three years as these consoles don’t have a long span. Because new technologies are coming in late 2020.

The fans are getting more confused because of the rumors spreading about the development of ‘Diablo’ 2: Resurrected. If they are true then it is safe to assume that we may have to wait for more for ‘Diablo’ 4. (Also read: Pokemon Unite MOBA Announced for Nintendo Switch and Mobile: Check Release Date, Gameplay, Features and other details.)

‘Diablo’ 4 Trailer: What are we going to get?

There are various trailers and gameplay videos are available, first of all, watch the announcement and trailer then we will come to more.

This trailer has increased the craving for the game more. And you must have realized that the game is worth waiting for. Now, it will be more exciting to see the development of the game with videos of gameplay.

After watching the trailer, you have seen, this time, the franchise will feature the darker part of the story. Luis Barriga, the game director said, it will be a blend of “a bleak and shattered hellscape bereft of hope and beset by demons.”

This time, we will get a shared open world for the players to participate, create groups, or trade. The day/night cycle and weather will make the scene more realistic and the world is made up of five regions.

The director is revealing everything slowly, in the quarterly update, he showed some monster families. Apart from them, The Cannibals, Cultist, Drowned, and Fallen enemy groups are also going to feature in the game.

What will make the monster families different? Well, during combat, they will have different fighting strategy, and roles. Consider the Drowned family, they will have various archetypes like Ranged, Bruiser, Dungeon Boss, Melee, and Swarmer. And the Swarners are the ones who attack along with the whole group.

This is a kind of obvious thing that ‘Diablo’ 4 will pick up the story from where the gamers are left in the third one. This time, as mentioned in the beginning that the daughter of Mephisto, Lilith will have come back. This means that the storyline will be focused more on her. Lilith has the authority to free herself from her prison.

We will update this article, once some important update is out. So, till then stay tuned with TheCourierDaily (TCD!) for more news.