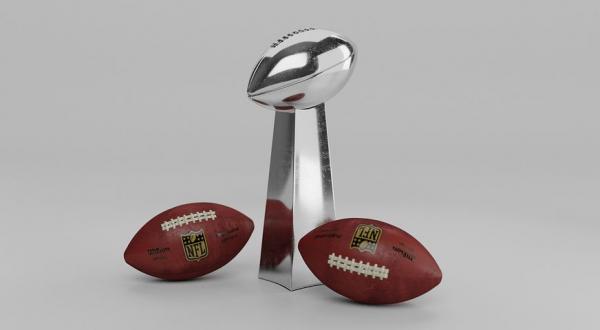 Football stars like Tom Brady don’t come around every so often. Since his rookie season in 2000, Brady has proved himself time and time again as a player with an immense, unique talent, rivaling fellow quarterbacks in the league such as Peyton Manning, Drew Brees, and Aaron Rogers, just to name a few.

However, a huge factor that separates him from the rest is his ability to set records, keep them, and break even more. Tom Brady makes history in numbers wherever he goes. And go he did, changing his team identity after two decades.

However, even after saying goodbye to New England, he seems to still have that magic touch as his Tampa Bay Buccaneers are listed under NFL betting odds to win more games than even his former Patriots who he played with for 20 seasons. Earlier this year in March, Brady confirmed the switch from the Patriots and has already been making major waves as the quarterback of a brand new team.

It’s hard to keep up with how many times Brady has shocked the record-breaking system- let’s just say it’s a lot. Let’s take a trip down memory lane and remember the athlete’s major successes in an effort to celebrate the most recent record he just broke- passing Drew Brees to become NFL’s all-time passing touchdown leader. 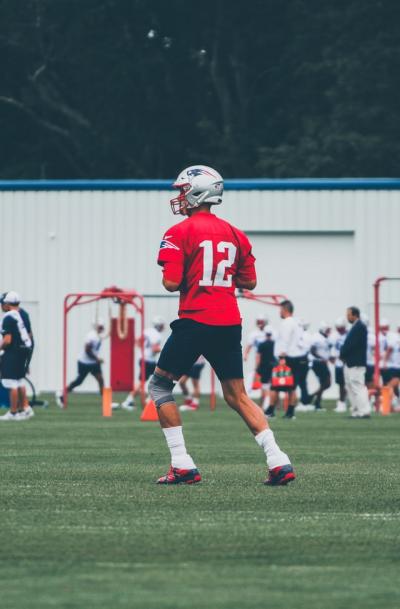 Although Tom Brady is now Buccaneer, he is remembered by most of his fans for his outstanding career as a New England Patriot

Brady holds so many records that they are possibly better explained by their division into sections, and, yes you guessed it, sub-sections. There are truly just that many. Appearing in the first sub-section is 9 total Super Bowl Appearances made by any player in the NFL.

Oh, and he won 6 out of those 9 games, leading his team to the most Super Bowl wins in NFL history, our second sub-section record. For our third, we have most MVP awards to be presented to a player in the League’s championship, as he earned the honor four times in Super Bowl XXVI, XXXVIII, XLIX, and LI, one more than the iconic 49’er, Joe Montana.

Moving towards stats concerning performance in the many Super Bowls he has attended, Brady also the record for the most touchdowns thrown in a Super Bowl game with 18 total passes- makes sense for a player who has earned his way into six of these things.

In our last sub-section of records under the League’s biggest game heading we have the most passing yards made in a Super Bowl with 2,838. Suffice to say, he’s no newbie to the big game.

Records Made in the Playoffs

Before you can make it all the way to the Super Bowl, you’re going to have to excel in the post-season. This is no problem for Tom Brady who, as you can probably figure by now, set a handful of his own records during this time as well. To begin, he holds the record for most playoff victories with a win in 30 total games, starting in 41 of them (also an all-time high).

Within the playing of all those games is another historic number: most touchdown passes with 73, also second-place finisher to Joe Montana. And, of course, this also means he has the most passing yards (11,388) in a playoff season- no big deal. Are you grasping the insanity of this talent level yet?

Records Made in Regular Season and Postseason

Brady has also made records throughout the entirety of the league’s season, normal games, and playoffs combined. A few of these include most passing yards in both seasons with a groundbreaking number of 85,959, most passing touchdowns with 614, and most game-winning drives with a total of 58. In only the regular season, he again holds the record for most wins by a starting quarterback with 219 triumphs.

A Category All His Own

These are all the major recorded victories for Tom Brady in which he has defeated those before him, rising to the top with new numbers that have yet to be challenged. Most recently, Brady celebrated a brand-new title, as he broke the record for most passing touchdowns, surpassing Drew Brees in a recent 42-20 huge win against the Las Vegas Raiders.

Documenting his first major record on another team apart from his long-term relationship with the Patriots, there is no better time to celebrate the phenomenon that is Tom Brady.